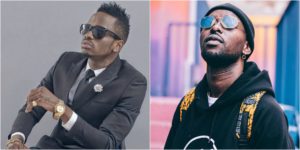 Eddy kenzo & Diamond Platinumz continue to break boundaries and being an inspiration with the success of his music. On Monday, Nickelodeon (DStv channel 305) on Monday announced the nominees for the 2018 Kids' Choice Awards and East Africa's Eddy kenzo & Diamond  were announced in the Favorite African star category alongside Cassper Nyovest, Caster Semenya (South Africa), Davido (Nigeria) and Emmanuella (Nigeria).

"The Nickelodeon Kids' Choice Awards offer a platform for African stars to be recognized for their excellence in their various talents including, music, sport and television by kids all over the globe. We are delighted to feature the continent's highly talented nominees in the Favourite African Stars category where Black Coffee is nominated for the Favourite Global Music Star category alongside international counterparts." commented the Viacom International Media Networks Africa (VIMN Africa) Executive Vice President and Managing Director, Alex Okosi.