Everything We Know About Christina Shusho's "Hararat" Album | SEE DETAILS

Celebrated Gospel singer from Tanzania, Christina Shusho has recently announced that she is about to drop a brand new album titled Hararat and since then, fans have been craving new music from the award-winning singer.

Hararat album is expected to be Shusho's studio effort after four years and she has so far released the official tracklist for the Hararat album. Here is everything we know about the album.

Christina Shusho has not yet released the official date of dropping the album but in a recent interview, the Gospel Royalty revealed that the album is set to drop as early as next year which is 2023.

Meaning Of The Album Title "Hararat" 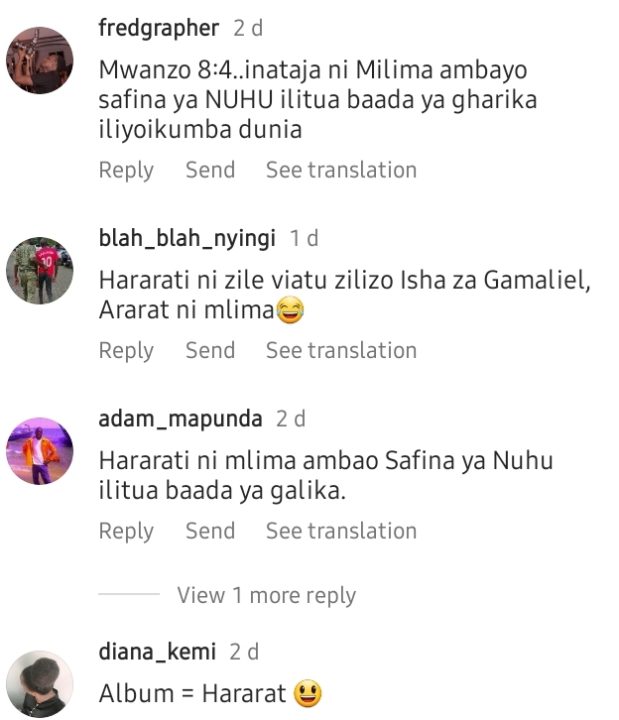 It Is Highly Anticipated

Shusho is known for her melodious, emotional, and sometimes powerful gospel ballads and that's why the moment she announced the album, fans, mainstream media, and different online platforms flipped with excitement. Shusho's album hibernation which lasted for about 4 years has also made fans cliff hanged about what her next sound would taste like.

The album's tracklist may give you a glimpse of what to expect from Hararat. In this album, Christina Shusho finds herself working with different heavyweights across the continent such as Nigeria's Sammie Okposo, Rwanda's Alarm Ministries, Congo's Anitha Musoki and Jose Nzita, and many other artists. In this album Genre diversity and musical exploration are things that fans are waiting for.