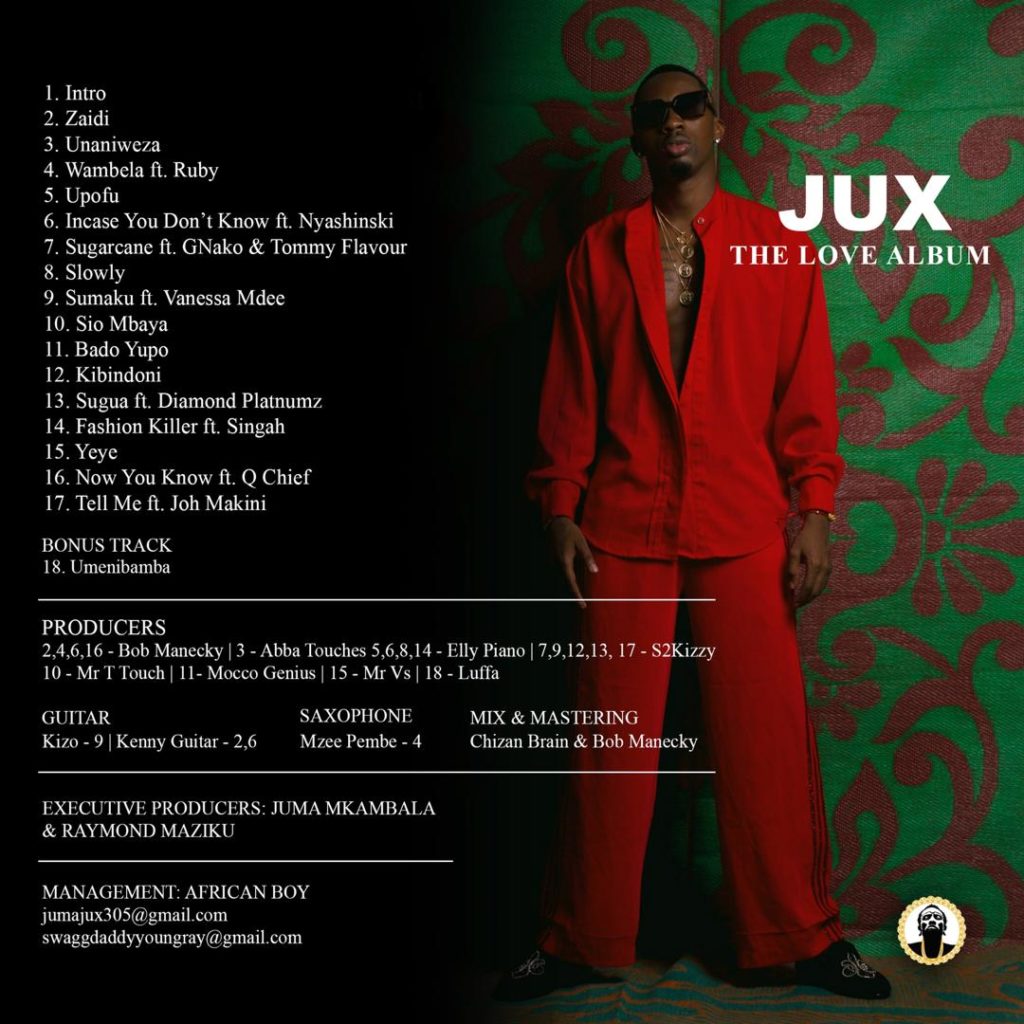 Tanzania’s R&B royalty Juma Jux has finally unveiled the tracklist of his most anticipated album – “The Love Album”. The 18-track project features new hit singles including “Slowly”, “Kibindoni”, “Upofu” and some previously released jams such as “In Case You don’t Know” with Nyashinski and “Sumaku” with Vanessa Mdee.

Notable collaborations on the album include “Sugua” featuring Diamond Platnumz, “Tell Me” with Joh Makini and “Sugarcane” with G Nako & Tommy Flavour.

This being his debut album, Jux teams up with some of the finest producers in Tanzania for the album. Among them Bob Manecky – who also did the mixing & mastering, Abbah, S2kizzy, Luffa and Mr. T Touch.

The album is available to Pre-order on all digital platforms.