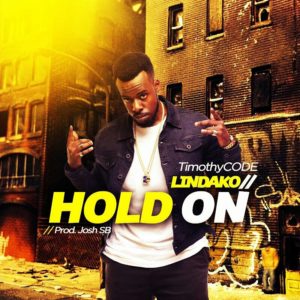 Its been a couple of years since we got any new music from the Crown Ace head-honcho TimothyCODE. However he managed to come through and hold it down on a couple of features the notable one being his Vuqa Cypher performance that saw him scoop an award fro sweet 16 at the 2017 UG Hip-hop Awards. Earlier today through his social media platform he announced a new single titled “Lindako/Hold On” that is to drop tomorrow which is produced his longtime music partner Josh SB

Proud to announce that I am dropping the 1st Single “HOLD ON / LINDAKO” off my Debut Album – “CROWN DAY” tomorrow.

Over the time we’ve seen him tease the new track in his set performances and notably one being at his Blankets & Wine performance where he performed it alongside Seyi Shay. In addition to the new track he also announced a new album that is expected to come out this year. “Hold On / Lindako is the First Single off my Debut Album entitled CROWN DAY. This also marks my return to Music.”  commented TimothyCODE . “I recognize that my core fans have been demanding for New Music and now I am ready to deliver a great song and great album. Hopefully this will set the tone for 2018. #CODESalute to everyone who has supported me in the past. Let’s Make Some Waves now. Not only in Uganda but in Africa as well. ”  he added.