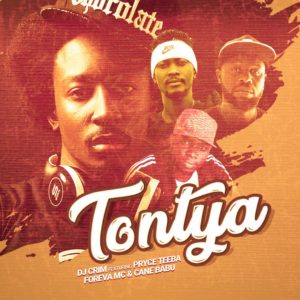 Straight from his vacation, DJ Crim is straight back to work and he has given us two new singles off his upcoming album. The first single “Tontya” features the new skool of UG Hip-Hop and at the same time it introduces most of us to a new act called Cane Babu from the underground. The featured MC brought their A-Game to a DJ Crim beat produced by Nase Avatar at Portbell Drive. Their verses are packed with punchlines, metaphors and wordplay. The beauty about this track is that the featured rappers aren’t trying murder each other on the track but they come out on top delivering easily one of their best verses.

Mbosso taps Zuchu on new single "For Your Love"