East Africa's music scene is taking new heights every year. Last year was a great ones in terms of production of music albums. Almost all top acts dropped stellar albums. At the very same time, the younger ones in the proverbial music game, came out strong with fresh music, videos and cameos on big productions. The new year is sailing fast - we are already in February! As we keep you updated on what's hot and roaring in East Africa's music and entertainment scene throughout the year, the team at Not Just Ok East Africa presents 12 East African acts to watch in 2019, in no particular order: 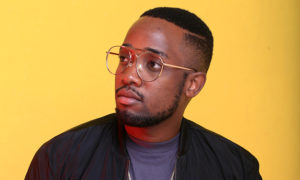 We got introduced to Ugandan act CoSign back in 2017 when he dropped "Niwatwire"  but his career goes way back when he took part in the Tusker Project fame a couple of years ago ending up in the top 10 finalists. "Niwatwire" was followed by tracks like "Love Y'Ebigambo", "Zabiike" and "Body to Body" which features award winning rapper Pryce Teeba. After all these singles CoSign went back to the drawing board,  to surround himself with people who strive for musical quality over popularity such as the multi-talented  AbaasaR, the award producer Baru and a strong team to work out the industry kinks. He later joined forces with DJ Ciza to give us the single "Bad Energy" that re-introduced people to CoSign. CoSign's new fresh approach to music coupled with DJ Ciza's ear for good music propelled the song straight to people's hearts who ended up asking for more CoSign's content. Bad Energy was followed up with "Obeera Wwa" (translates to 'Where Do You Stay/Put Up?'') which managed to make CoSign a new addition to music fans playlists while dominating Ugandan radio. Obeera Wwa went ahead to rule the airwaves thanks to its simple lyrics that perfectly describe Kampala City with all its Suburbs. The song was accepted by the people cause it was true art and one could easily hear that CoSign is curving out a sound for himself, he wasn't trying to be anyone else. Furthermore one could easily notice the difference between his early 2017 content and the 2018 chart topping singles he released. CoSign is a talent we're watching closely in 2019 to how far he takes it. 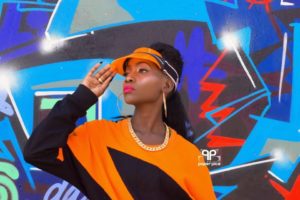 Recho Rey popped on our radar when she was recognized at the 2017 UG Hip-Hop Awards as the only female rapper to have participated in the #MTNCypher. Ever since then the Invaders Music rapper hasn't looked back. From her Sheebah Karungi endorsement early 2018, Recho went ahead and sparred with the boys during the "Who Is Who" rap battle through which the country acknowledged her lyrical prowess. She went from being unknown to being the young rapper whom everyone thinks is going to occupy the throne that was left behind by Keko, the New UG Rap Queen. However with such discussions going she has managed to stay grounded and focused on working. This is manifested through her latest remix banger that features the rap OG Mun*G which in a way he is cosigning Recho Rey's talents. After opening for Davido at his 30 Billion Concert in Kampala as the year 2018 was closing on 31st we wait to see what magic the "BlackGirlFly" is unleashing in 2019. 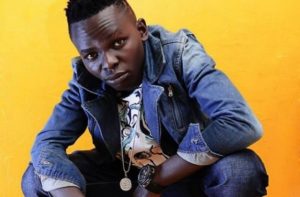 From being a porter on a construction site to being one of the biggest new Ugandan act of 2018 in the music industry is Blaq's success story in a nutshell. John Blaq had been on his musical journey as a hip-hop act for some time but truth is he hasn't been successful in penetrating the music market. So, he went back an approached the industry differently with a change in the music genre. The change paid off well seeing that he has had one of the biggest bangers of 2018 through songs like "Tukwatagane" which loosely translates to "Let's link".  Blaq was able to become one of the biggest new acts through consistency coupled with the incredible song writing skill. One can easily trace the hip-hop influence in his writing and delivery on the songs. As he continues to draw influence and inspiration from Radio's (R.I.P) past works we wait to see what John Blaq delivers this new year. 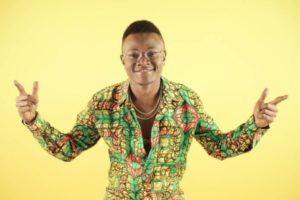 Formerly of the now defunct group Yamoto, Mbosso’s rise to the top has been phenomenal. Signing to East Africa’s biggest music label Wasafi was a major highlight for his career in 2018. Known for his slew of hits “Hodari”, “Picha Yake” and “Nadekezwa” he has charmed music fans with his stellar vocals and poetic lyrics which continue to show his prowess as a songwriter. He was also featured on the WCB hit “Jibebe” alongside Diamond Platnumz and Lava Lava which has been on high rotation in East Africa. With a growing fan base across the region, he is gradually making waves in the continent and was one of the nominees for Best New Act at the Soundcity MVP Music Awards 2018. We can’t wait to see what 2019 brings for this star, set to take after the success of WCB's most successful protoge - Harmonize. 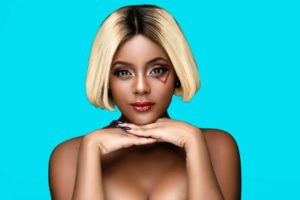 Tanzanian songstress Mimi Mars is making her mark in the music scene. Starting out as a TV and YouTube personality, the fast-rising star – signed to Mdee Music had such a successful year in 2018 where she released three tracks: “Sitamani”, “Papara” and “Kodoo” that continue to receive massive airplay across the region. Being sister to Vanessa Mdee - East Africa's most popular and top female act has also made Mimi stunt "All Eyez On Me" 2 Pac style. In late 2018, Mimi released her debut music project - a 6-track EP titled THE ROAD which features collaborations with Kagwe Mungai  (Kenya) and Nikki Wa Pili (Tanzania). To top it all up, she has already been in Ghana for a media tour in 2019 and will be representing Tanzania on new season of 'Coke Studio Africa 2019'. This looks like such a promising year for Mimi and we are cheering her on! 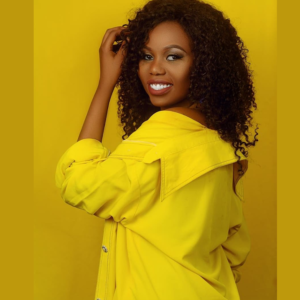 With powerful yet sultry vocals, Maua Sama’s star is slowly on the rise. She has previously collaborated with artists such as Ben Pol on “Amen” and “Bounce” with Vanessa Mdee and Tommy Flava. Having ruled the music airwaves with her smash hit single “Iokote” featuring Hanstone she has earned her spot and gained music fans beyond Tanzania. A nominee for the Best Female Award at the Soundcity MVP Awards 2018, she is on her way to achieving continental recognition. 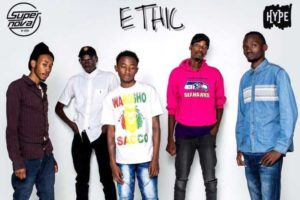 Kenyan music sensation Ethic comprising of Rekles, Swat, Zilla and Seska broke into the music scene in 2018 via YouTube, because their breakout hit hit “Lamba Lolo” wasn't considered radio-worthy by many On Air Personalities and the fraternity, in the beginning. They are clever to strike when the iron is hot because right after their first hit, they dropped another one: “Position” featuring The Kansoul and then “Saba”. The quartet started 2019 big, already having released a bona fide club banger “Instagram” which has the best verses and flow (whispers and hums), ever heard in recent Kenyan rap culture. The group's street vibes and display of hood culture has captured the hearts of music fans in Kenya. With “Lamba Lolo” hitting close to 3 million views on YouTube in under a year, the group got the attention of several African stars.

They will also feature on the upcoming season of 'Coke Studio Africa 2019', set to air in February 2019, collaborating with Mr. Eazi. Krizbeatz has already released a song with them. They have already shared same stage with top acts such as Nasty C and Chronixx in 2018. Let's see what 2019 brings! 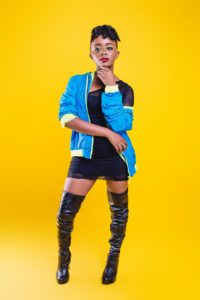 In just about three years since establishing her career in Kenya’s music industry, Nadia Mukami is already recognized as one of the fastest rising pop stars and voices to look out for in the region. With hit singles such as “Si Rahisi”, “African Lover” and “Yule Yule”, she is one of the breakout stars of 2018 whose musical style is defined by smooth urban sounds fused in poetry and Afropop. At the New Year’s Eve Wasafi Festival in Nairobi, the singer gave a stellar performance a true show of her star power. Signed to Hailemind Entertainment, she will also be making her debut on Coke Studio Africa this year, representing Kenya in the Big Break segment. We stan for you girl! 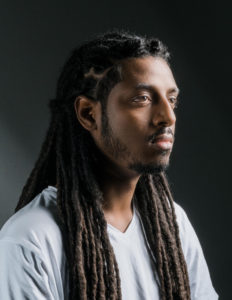 Rophnan is a pioneer of new emerging sounds from Ethiopia. The DJ, artist and music producer uniquely merges traditional elements of traditional Ethiopian music with EDM. Following the release of his debut album “Netsabraq” in May 2018, the renowned songwriter has become one of the most celebrated musicians in Ethiopia, having made history with producing the first electronic dance music album published in Ethiopia. He has established himself as Ethiopia’s go to DJ, playing a pivotal role in the rise of the DJ scene. Hits such as “Get To Work” – a Guragegna based beat that has been one of his signature tracks over the years – helped throng him onto the international scene when it was featured on Major Lazer’s “Africa To The World” mixtape. In 2019, Rophnan will make history as the first music act to be signed on Coke Studio Africa both as a performing artist and music producer. 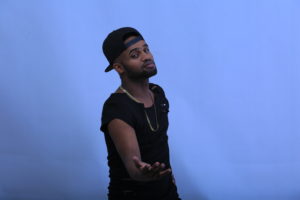 Yared is one of the leading voices of Ethiopia’s emerging generation of pop artists transcending genres and regional limitations, to push Ethiopian music towards a global status. The “Adimera” hitmaker has gained recognition as one of the most talented dancers and singers of his generation and is known for his electric and high-energy stage performances. Releasing his first single ’Yebelegn’’ in 2015, he has gone on to release “Yemerkato Arada”, ‘’Zelelaye’’, ‘’Hulumu Agere’’ and ‘’Chemere’’—all that are famed for unique and eye-catching visuals. Yared is currently working on his much-anticipated debut album and is among Ethiopian acts expected to feature on Coke Studio Africa new season. 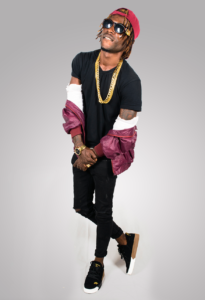 Sat B can be referred to Burundian music king. With a cultic following and a plethora of hits; the prolific singer is set to shine brighter in 2019. He's also set to release his anticipated collaboration with Sauti Sol. Breaking off from his former music group: Wanavesi Kikosi led him to push his personal brand more. So far his hit songs include "No Love", "Feel Love" and "Too Much", among others. He has dreams of moving Burundian music scene further into East Africa and beyond and we believe that he's got what it takes and will do well. 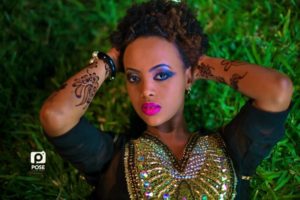 Music diva Butera Knowless is one of most celebrated musicians in Rwanda. Known for her stellar voice and slew of R&B tunes among them, “Urugero”, “Winning Team” and “Darling” featuring Ben Pol, she has managed to transcend borders across the region with her music. Singing in Swahili, English and Kinyarwanda, she released her debut album Komeza in 2011 followed by Uwo Ndiwe in March 2013 under Kina Music label. Her musical success has seen her win awards for Best Female Artist at the Salax Award and Rwanda Video of the Year for her hit “Uzagaruke” at the 2018 HiPipo Awards.

At the upcoming HiPipo Awards 2019, she is nominated in three categories for Best Female, Rwanda Video of the Year and Song of the Year. With such a diverse discography, her brand is steadily rising and she is set for continental success.