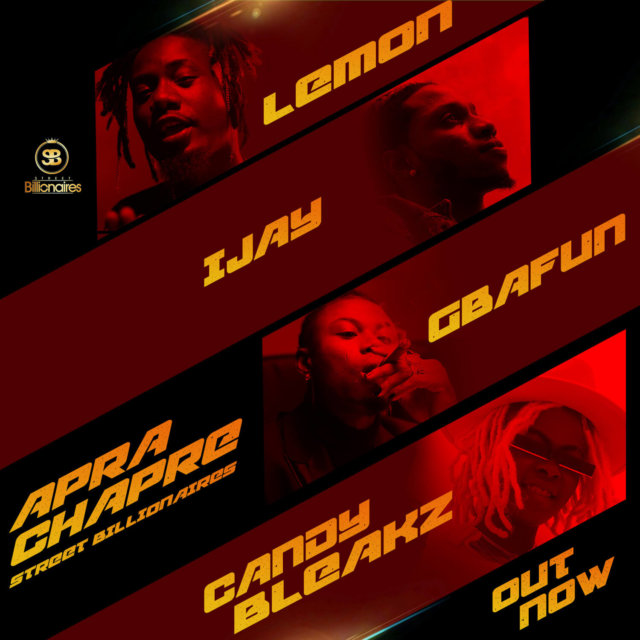 With “Owo Osu” - the Naira Marley and Zlatan-assisted single by the Street Billionaires (SB) Candy Bleakz – garnering over a million views on YouTube, the group has returned with a video for “Aprachapre”, the second single off the group’s “Streetborn” EP.

As the group is particularly intentional about identifying with their stories of origin, “Aprachapre” serves as a nod to the everyday streetwise hustler trying to make his/her way in the world. It follows with the aspirational theme that colours much of the group’s discography, name-dropping the Dangotes and Otedolas of the world.

The video, like the song’s reggaetón-influenced beat is bouncy and fun, featuring quad bikes, extravagant outfits, a large repurposed billboard, and tons of cash.

Credited with making up the slang, which translates to “Person Wey Sabi” – a vernacular phrase referring to an individual in the know, – SB’s Ijay says of its creation, “I came up with it when I was vibing. I’m always coming up with these little slangs. But, it was Gbafun who gave it that meaning.”