VIDEO: Show Dem Camp - In The Vibe We Trust 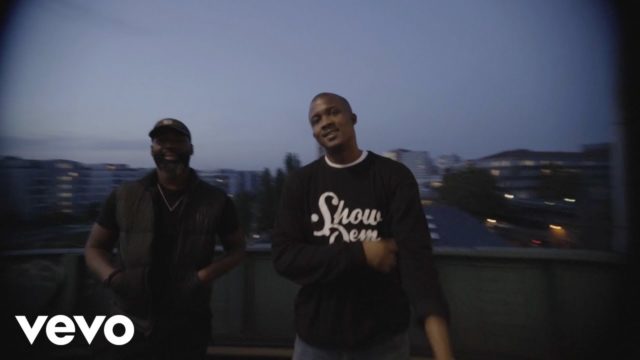 Show Dem Camp - In The Vibe We Trust

The outstanding duo, SDC dishes out the visual for "In The Vibe We Trust"

Highly gifted Nigerian rap duo, Show Dem Camp has released the official music video of the brilliant tune, "In The Vibe We Trust."

"In The Vibe We Trust" is one of the records housed under their outstanding project, the "Clone Wars, Vol. IV (These Buhari Times)" mixtape which was released back in January.

Show Dem Camp is a rap duo based in Nigeria. Tec (Wale Davies) and Ghost (Olumide Ayeni), who make up the group were born in Nigeria and lived in cities in Europe and the US before returning to Lagos to pursue a career in music. In 2015, Show Dem Camp joined a half-dozen other artists to form The Collective (stylized as The Collectiv3.) The duo also contributed a song to the debut album of the group.

GET MORE MUSIC FROM SDC HERE

What are your thoughts on this 'In the Vibe we trust project by Show D Camp? Kindly drop your comments below