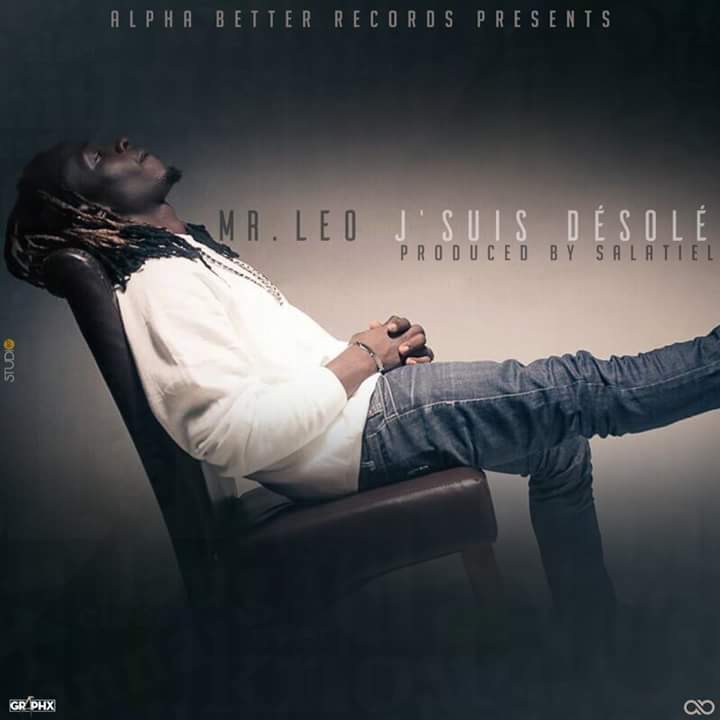 “One of Cameroon’s biggest music stars, Mr. Leo has arrived in Nigeria for his first ever media tour in the country. And to kickstart the tour, he released his latest work titled ‘Desole’ into the Nigerian market. The video was shot in Paris by popular music director, Shelis.

After the release of his monster hit, E Go Better in 2015, the multi-award winning singer has released 14 hits, back to back, taking over the Central and West African market with songs like ‘Jamais Jamais’ “Partout” and ‘On Va gerer’, and gathering altogether over 100 000 000 YouTube views. He sings in English, Pidgin English and French. He also writes for other artists, and his credential includes one of Africa biggest songs of 2017, ‘CALEE’ by Daphne.

Signed to his producer Salatiel’s AlphaBetter Records, Mr Leo is a Guinness-Orijin Ambassador as well mobile telephone company, iTel Ambassador. He has also won over 13 awards in the last three years.

He performed his hit collaboration, ‘Supporter’ with Locko at the last AFRIMA Awards in Lagos, Nigeria and he was impressed by the energy of the Nigeria industry. Mr. Leo said that Nigerian spirit prompted him to return. “Cameroon and Nigeria not only have cultural, geographical and historic ties – but our music industries are also intertwined. The biggest African song, ‘Sweet Mother’ by Prince Nico Mbarga, a Cameroonian–Nigerian became big because of the influence of the two musical cultures. There have been recent collaborations between Cameroon and Nigeria, but the Cameroonian industry has also grown very big. Today it stands on its own feet and it’s time to expand that collaboration into more shows and exchange of programmes. After all I’ve achieved back home and across Francophone Africa, I felt a need to come into Nigeria and expand the possibilities. Cameroon supports Nigerian music massively and we believe it’s time to start reciprocating that love and support so that African music can grow bigger and richer for everyone.”
His debut album, ‘LOVE ORIGINAL’ is available on iTunes”