Chocolate City head honcho - MI Abaga has released the visuals to "Brother", off his Chairman Album, released in 2014.

The song, featuring former Choc boi - Milli and Gospel singer - Nosa, was released via his Instagram TV and Mr. Jude Abaga came correct on this one as always. It's worthy to note that the video, which was shot in 2015 but wasn't released due to a fall out between him, his brothers and business partners.

Peep below for snippets of the video.

And to @SAVEMILLI .. the greatest gift one could ever give is unequivocal forgiveness.. ? .. I love you and I forgive you ❤ 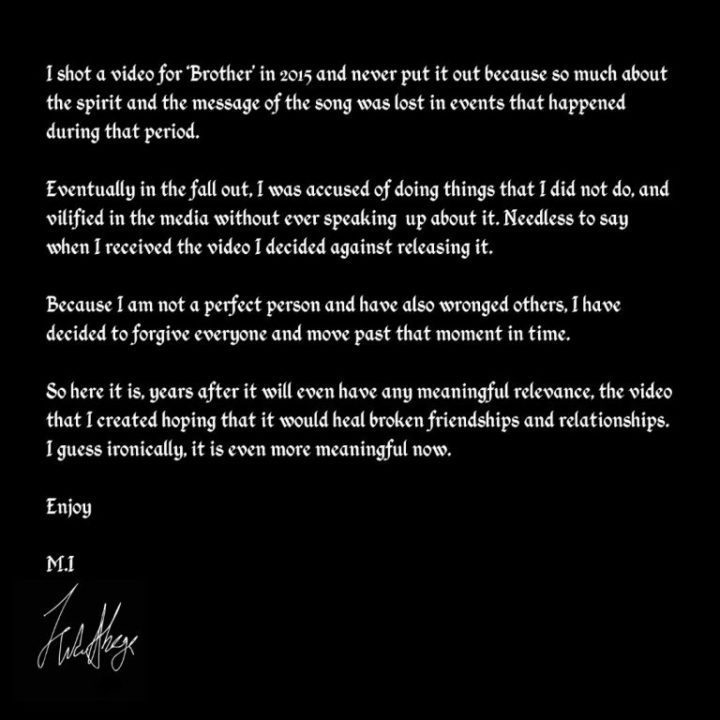