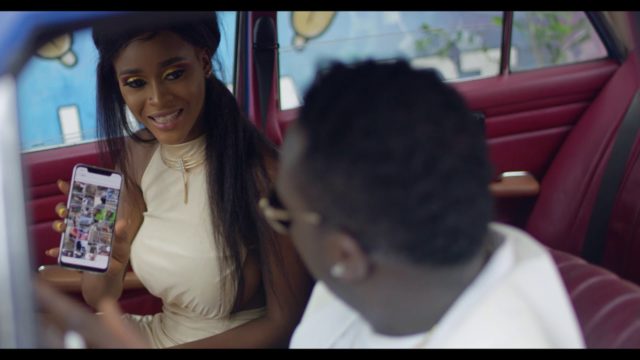 Duncan Mighty with Bisola on set

Nigerian veteran singer and songwriter, Duncan Mighty has registered his first single and video for the year and is titled "Ikebe Bisola."

"Ikebe Bisola," just as the title depicts, had Duncan Mighty singing and praising Bisola's backside. It comes after the release of his previous single dubbed "Omila" which was released back in November 2019.

The video was shot in the beautiful city of Port Harcourt, Rivers State, Nigeria.

Ikebe no dey heavy the owner
She say na me wey dey do what another neva do her
She say anytime i touch she dey see vision like aladura
Oh my Bisola, she say i do the thing pass Demola