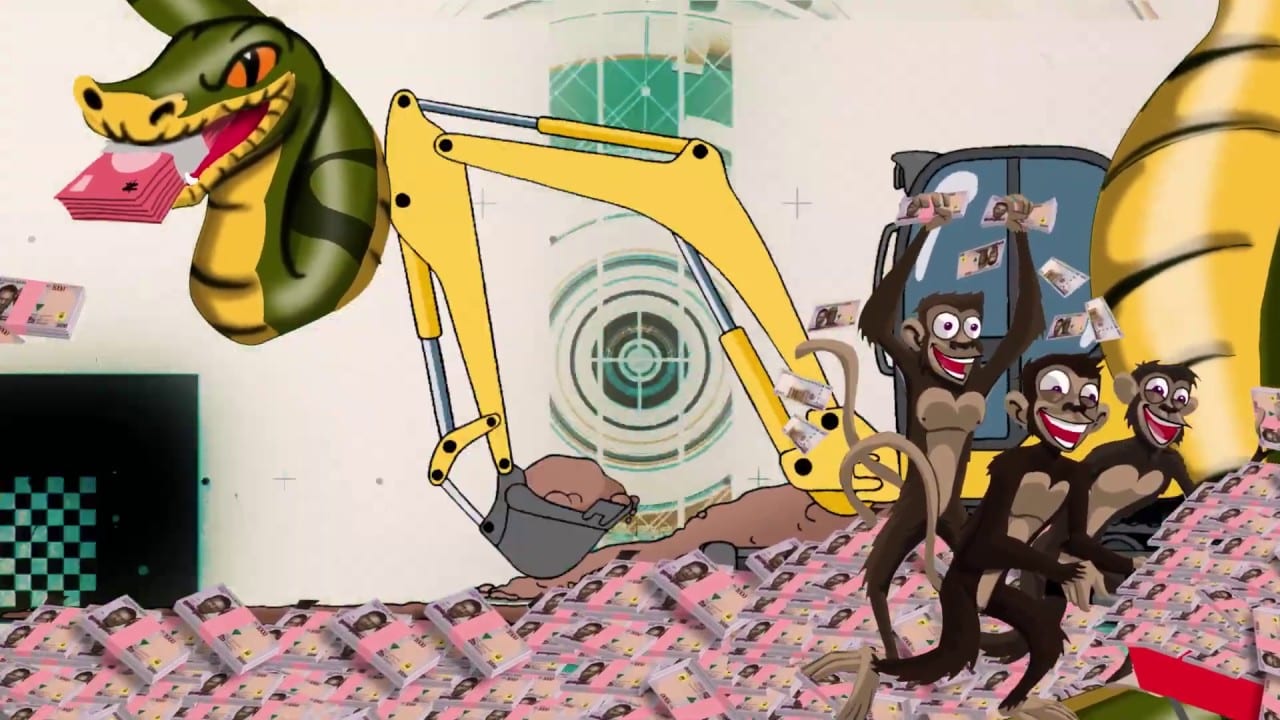 The premise of “Animal Carnival” is a simple question- how does one make sense of the outlandish and insane realities of Nigeria where corruption and kleptocracy have now reached staggering new heights, with missing funds being attributed to devious acts of the supernatural?

Bizarre stories of creatures such as snakes allegedly ingesting millions of Naira, roguish gang of monkeys carting away public money stashed by a senator in his farmhouse or a gorilla miraculously swallowing the entire earnings of a zoo have become the norm. No-one in Nigeria seems to be safe from these malicious beastly threats. Even the President, a retired army general was allegedly forced to vacate his seat and work from home because his office was infested with rodents!

Inspired by these events BANTU recorded the satirical song “Animal Carnival”. Armed with an infectious tightly-locked groove, a crisp and punchy horn section and lyrics that speak truth to power, the 13-piece Lagos-based collective takes no prisoners as it weaves a musical narrative that explores the length and breadth of Afrobeat, Afrofunk and its Yoruba music roots.

Known for their social commentary, BANTU decries the condescending, inhumane attitude of the ruling class and how they have systematically plummeted the masses into total submission and are turning a nation of 200 million people into a circus show where anything and everything goes.