Foremost Gospel Artist and Vocalist - Lady Evang. Toyin Leshi kickstarts the video releases spree with the video release for 2 songs "Orin Iyin Aladun (Praise Medley) and "I Can't Just Stop", off the "My Love Song" album that was dropped in 2020 which received a lot of impressive acceptance. 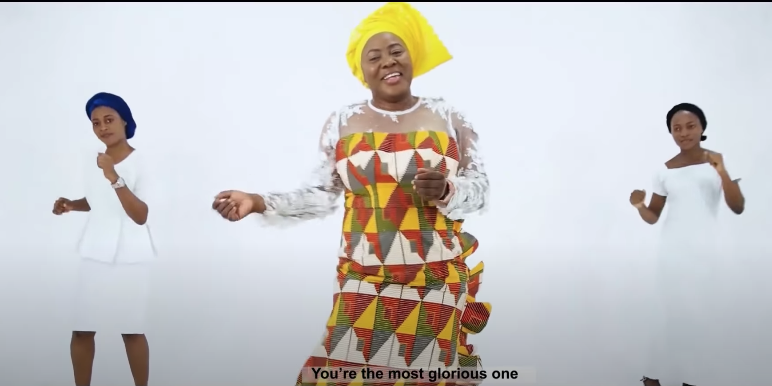 Evang. Toyin Leshi on the scene with sisters in the lord

Videos were shot on location in Lagos Nigeria and sees Evang. Toyin Leshi in her usual elements, doing her thing with Godly swagger and with more videos coming up in the coming days, Gospel fans are in for a huge treat.

WATCH: Evang. Toyin Leshi Serves Up The Visuals For 'Ewa Bamijo' & 'It's A Good Day'