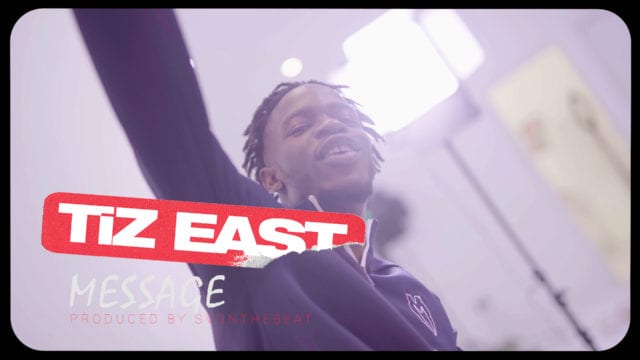 Born and raised in Nigeria but now residing in London, TiZ East has dropped the visuals for his new track “Message”. This track captures the essence of Nigeria with a huge afrobeat influence and it shows that TiZ is still deeply connected to his African heritage.

“Message” is the final video to be released from the Heat Map EP and it comes after a turbulent period in which TiZ was shot in the face whilst filming the music video for a track entitled “Proper”. However, TiZ did not let this get him down and just 5 days later he returned to continue filming the video in the same location.

“Message” is a song that defines TiZ’s mentality. It’s a song of perseverance, determination and ambition. But “Message” is not only TiZ’s story, it is the story of many Africans across the continent who are grinding and hustling for a better life. “Message” is telling these people to overcome any obstacles that get in the way of their dreams. Like TiZ says in the track “The only way is up……...if you ain’t got the message.”

TiZ East left Nigeria when he was 9 years old and he’s made a buzz for himself in London. He is looking forward to working with artists in Nigeria and he is going to bridge the gap between the UK and West Africa.

Watch the video for “Message” here and check out the Heat Map EP.