NotjustOk TV: Lagos Experienced A Magical "One Night Stand" With Adekunle Gold At The Balmoral 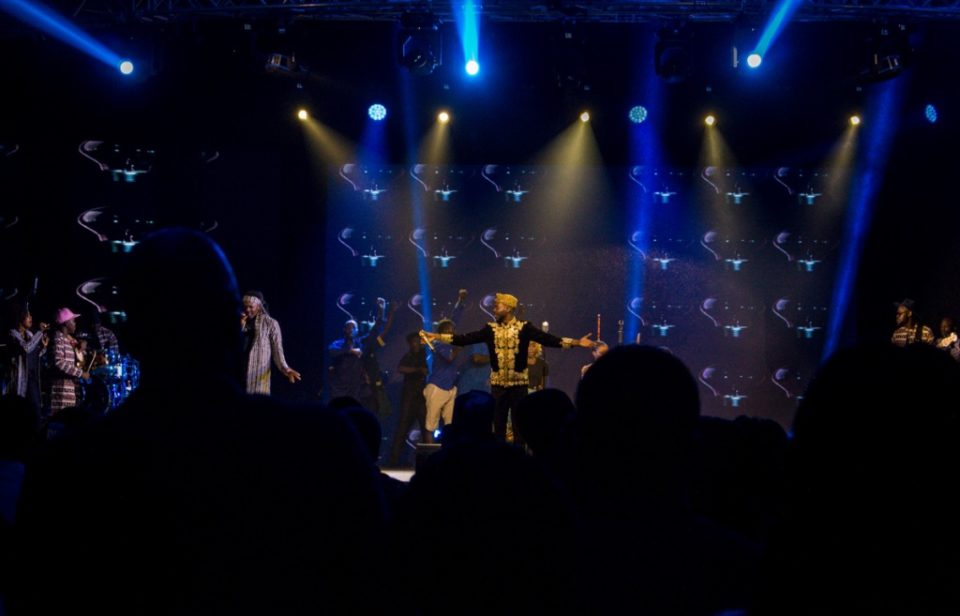 Lagos experienced a magical One Night Stand With Adekunle Gold at the Balmoral, Federal Palace Hotel, Lagos on the 26th of December 2017.  Organized and powered by Bavent Street Live, the concert follows-up successful editions held at the 02 Academy in London and Button Factory in Dublin.

The stage which was beautifully lit as pictures of some of Adekunle Gold’s graphic designs and music videos were displayed on the screens gave an Africanized Broadway feel and which also portrayed the careful event planning of ONSWAG by the team effort of experienced experts in events & project planning focused on delivering excellent experiences to concert goers, performers, and other stakeholders.

One Night Stand With Adekunle Gold hosted by Do2dtun kicked off with a sonorous rendition by Myoa with Teni and Fumbi preparing the energy of fans for Adekunle Gold’s performance. The audience could almost touch and feel the excitement when Adekunle Gold stepped onstage in a black sequin jacket, crowned with his signature golden cap. He gave a mesmerizing performance of Orente backed up by the eccentric display and dramatization from the dancers.  No one could get enough of the Beautiful Night as Adekunle Gold and the 79th Element brought the 1970’s vibe to the stage with the dancers in their old school outfits putting in the Work while portraying various professions.

Meologo came to search for Ireti as Adekunle Gold returned in an Elvis Presley inspired mustard yellow and brown outfit with his trademark gold and black cap to perform Sade. Everyone sang along as he asked that no one Friendzone him. The talking drum ushered the audience in a freestyle Bata dance along with the dancers. Towards the end of the performance, the fans couldn’t be more grateful with Call on me, which was followed by a performance from Seyi Shay.

We will always remember the excitement of fans when Simi joined Adekunle Gold on the second stage to sing No forget; the audience was ecstatic about the breathtaking performance. Adekunle Gold retreated from the stage to allow Simi deliver a mesmerizing rendition of Joromi and Owambe. The night got better when a member of the audience proposed to his girlfriend which got the crowd excited. She said yes to the growing joy of the audience who exclaimed and took pictures.