Kaptain makes some of the most enjoyable rap music you’ve ever heard. He blends smooth Pidgin and English, dazzling with the fluidity of his delivery and importantly, the quality of his messages. Back in Benin City, Edo where he grew, a song of his became a hit and catapulted him to local hero status. 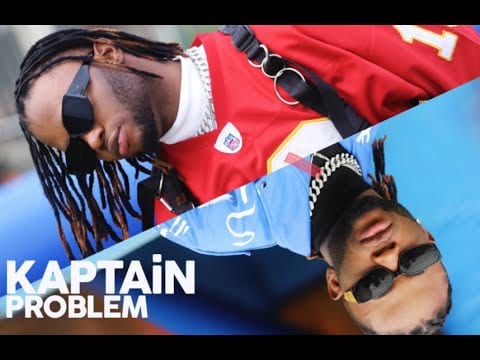 Kaptain Music, The EP and Video

Right now, Kaptain is singing a lot. He’s much still a rapper but leans more on melody now, knowing the driving parts of a song, learning how best to tap into those parts and emerge with a fresh sound, one his listeners appreciate on their first listens. The Kapacity album, released in March, was widely received and spawned hits such as “Gbese Gbese” and “I’m in Love”, spurring the rapper to record even more and unearth sonic gold. He recently shared Love Ship, his second project of the year and flexing his expanding range even further.

On December 10th, Kaptain and his team organized a successful album listening at Sea Lounge, Lekki, Lagos and entertained many esteemed guests including Vector Tha Viper with thrilling live renditions.

To close what has personally been a great year, Kaptain, real name Etuk Favour Monday, has released the visuals to his song “PROBLEM”. The video is a colourful and creative effort that places Kaptain in the celebrity culture – pretty women, scenery, money, drinks and everything – he’s soon be a part of.

Watch the official video of 'Problem' by Kaptain