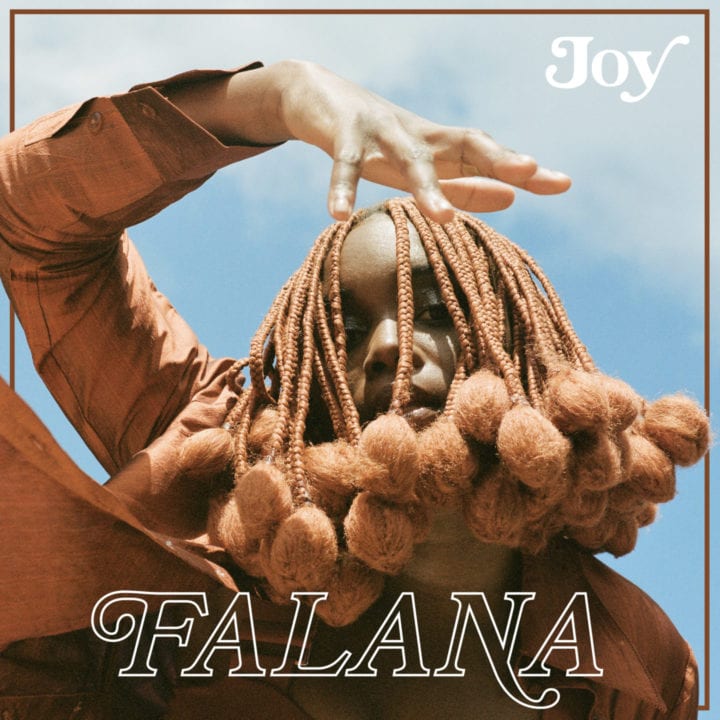 Falana earned some initial recognition for her self-produced EP ‘Chapter One’. The Canadian-Nigerian singer-songwriter subsequently travelled to Africa, North America, Europe and the Caribbean to work on new material. It was a process of self-discovery, which revealed new layers to her songwriting. She now shares the first taste of those sessions with the release of the single ‘Joy’.

A spirited fusion of vibrant Afrobeats, elegant R&B and island flavour, ‘Joy’ is a song that speaks to this moment in time. Falana’s impassioned delivery leaves you in no doubt that she means every word she sings. And by the time she’s put her heart and soul into its hypnotic hook (“No stress, I’ve got pure intentions… I count my blessings one day at a time”), it’s impossible not to feel its spell sparking a new wave of positivity in your mind.

‘Joy’ marks the first release in a series of singles from various global artists to be released on Red Bull Records. Dedicated to discovering and showcasing talent on an international scale, Falana is the latest ground-breaking artist to partner with the label.

“It’s crazy that the song was written two weeks before the world went into lockdown,” says Falana. “Over the last ten months, the song’s sentiment surfaces all the time, whether it’s in everyday conversation, on the news or at social media. It feels like the song was birthed right at the time that the world needed it.”

Falana returned to Jamaica to film the song’s video with director Mykal Cushnie, whose culture-centric narrative storytelling has resulted in collaborations with Popcaan, Sean Paul and Damian Marley. As well as capturing some of Port Antonio’s striking natural beauty, the video also shows how her style and signature braid pom-poms are an extension of her artistry.

She adds, “I think the video is such a beautiful visual representation of ‘Joy’, the song and the feeling. The energy on set matched the song, and I was so grateful for that.”

Born and raised in Toronto, Falana’s upbringing was soundtracked by a diverse music selection that spanned Fela Kuti to Sia. At home her Nigerian parents would play a lot of traditional Yoruba music as a way of staying connected to their culture, and through the melting pot of the city, Falana was introduced to the pop, hip-hop and R&B that she’d spend hours compiling into her own mixtapes.

By her final year of high school Falana decided to take her music more seriously and began paying in instalments for her first guitar. She taught herself to play by watching YouTube and learning her favourite Lauryn Hill songs. Through balancing side hustles with her studies and winning local singing competitions, Falana developed a taste for travel: winning a trip to London, spending six-months living in Denmark and visiting Cuba.

She later relocated to Havana, realising that the island’s musical heritage would help her fulfil her own potential. It was there she recorded her debut EP ‘Things Fall Together’ with a local producer and live band. She returned for a year in Toronto before she again departed, this time settling in her parents’ hometown of Lagos, Nigeria, where she’s remained for the past five years.

Falling between so many of the genres that have influenced her own journey, Falana she’d often felt like an outsider, working on the periphery of multiple music scenes but never quite fitting in. With her new work, she’s finally been able to hit the balance she’s been searching for her whole life. It’s the start of a bright future.