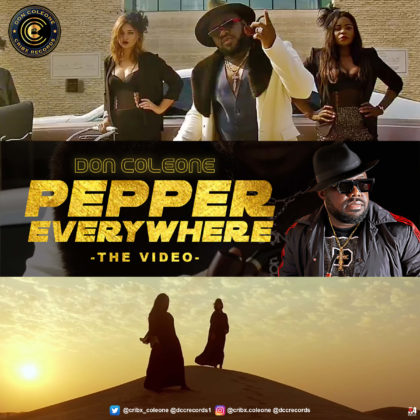 Shortly after the audio and video premiere of "Run Away," DCC Records founder Don Coleone has finally released the official music video of his latest banger dubbed "Pepper Everywhere."

The Egarboi produced record is already dominating the charts and making airwaves gets an audacious video treatment from popular video director.

The video was directed by Ovie and the storyboard by Badman Coleone.