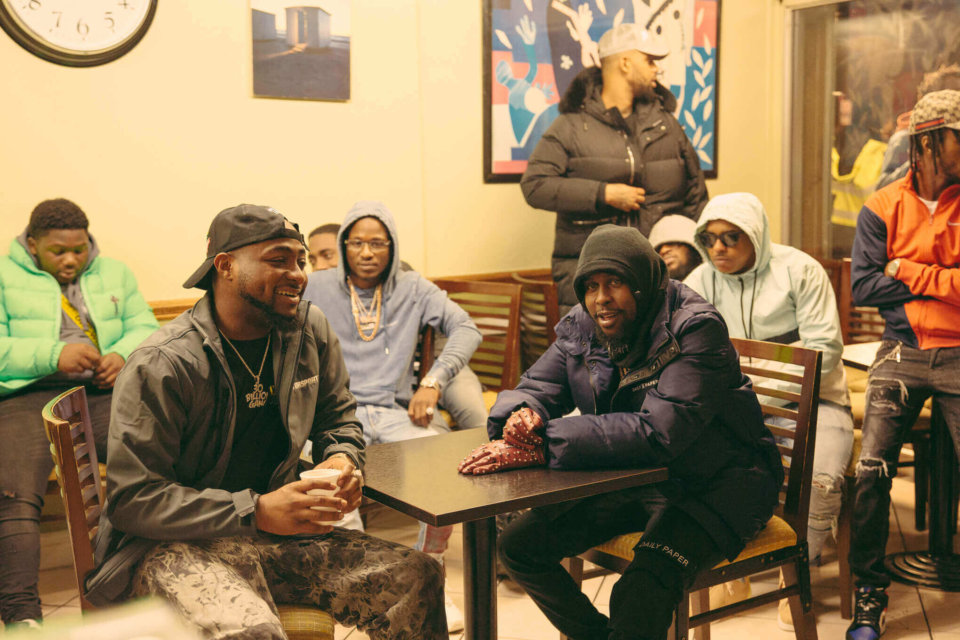 As the anticipation for Davido’s sophomore album heightens, OBO is teasing fans worldwide with a sneak peek from the video shoot of the rumoured lead single off the ‘A Good Time‘ album.

“Risky” is a remake of the laughable viral rap freestyle ‘kilo kan mi’ which now has the potential of becoming another continental hit since its studio rework by producer, Speroachbeatz.

The musical features the vocals of Jamaican patois crooner, Popcaan, also playing the role of an adversary in the visual directed by JM Films.

A source from the DMW camp has hinted ‘Risky‘ to be the lead single off of Davido’s ‘A Good Time‘ album with the music and video already scheduled to drop any moment now.