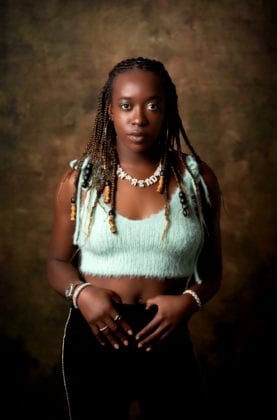 Taiyel is the epitome of a rising star. Since emerging into the music scene, the Afro beats phenom has garnered the attention of music aficionados and music execs alike. The New York based Nigerian singer wrote her first song at the age of 14.
Having now developed a style of her own, Taiyel‘s witty, fun and edgy delivery alongside a quirky flair has attracted an international and local fan base.
Taiyel has managed to capture the culture of her generation through her music. Her lyricism acts as a breath of fresh air amongst the realms of mainstream RNB  , Afro Pop, Afro Dancehall and Afro Hip Hop
Inspired by pioneers and  musical influencers such as the great Fela, Brenda Fassie, Eminem,  ShabbaRanks and many other great talent, Taiyel has succeeded in constructing a delivery that is distinctive to her alone.

Listen to Your Body by Taiyel