Real Madrid's forward Karim Benzema has extended his contract with the Galacticos. The new contract will see the french man stay at the club until June 2023. The French striker has 1 billion Euros added to the contract this might see him stay at the club for the rest of his career. 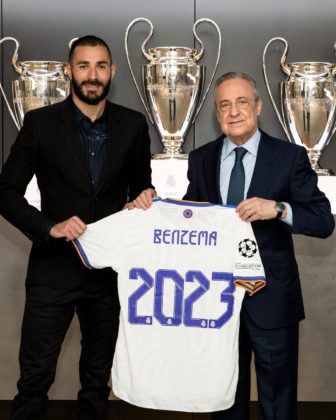 The new contract was announced on the official website of Real Madrid on Friday, August 20th, 2021. Benzema will hope he continues to score more goals for the La Liga side.

Benzema began his senior career with Olympique Lyon in 2005, contributing to the club winning three Ligue 1 titles. In 2008, he was named the Player of the year and was part of the team of the year. He finished as the league's highest goal scorer and won his fourth Ligue 1 title and his first Coup de France.

The striker signed for Real Madrid in 2009 for 35 million pounds. He has won thirteen trophies for the Spanish club, including three La Liga titles, two Copa del Rey, and four Champions League titles. He also ranks as the club's fifth all-time highest goal scorer and well as the club's all-tike top assist provider. Benzema has also been named French Player of the Year three times since he joined Real Madrid.