Manchester City thrashed promoted side Norwich 5-0  at the Etihad Stadium. It was also a good day for Jack Grealish as he scored his first goal for City. This was the citizen's first game at home this season. Pep Guardiola got the response he expected after losing to Tottenham last week. 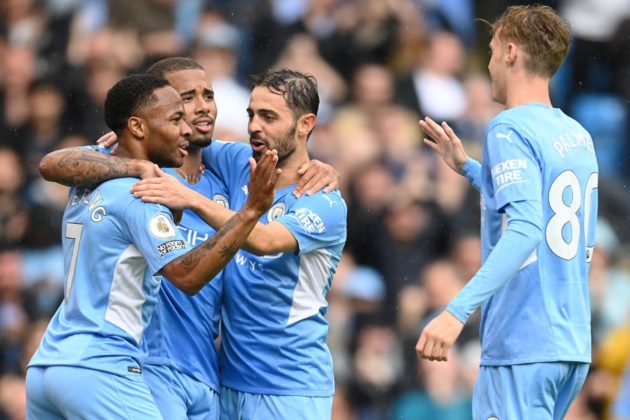 Manchester City showed they meant business from the blast of the whistle, and they were a goal up in less than ten minutes into the game after Tim Krul scored an own goal. Grealish extended the lead on the 22nd minute, as Manchester City went into the break with a two-goal advantage.

It was mission impossible for Norwich City as the City players dominated the game at the sound of the whistle. Goals from Aymeric Laporte, Raheem Sterling, and Riyad Mahrez in the 64th, 71st, and 84th minute ensured the Etihad side won the game 5-0.

This is City's first win in their last three games. They have earlier lost the Community Shield to Leicester City and the season's opener to Tottenham at the White Hart Lane.

Manchester City's next Premier League game is against Arsenal.