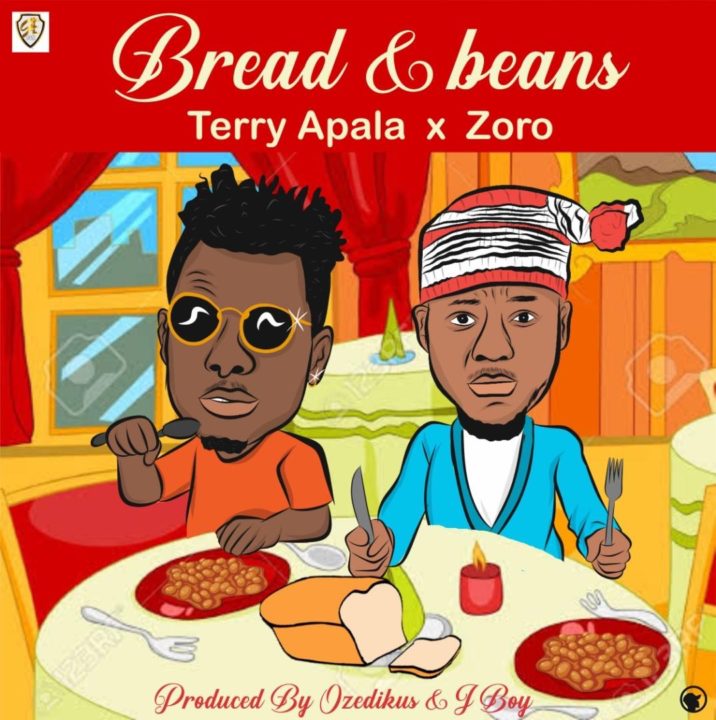 Fresh off his last single - "Baca", which became a viral trend in no time, GAZI Entertainment's frontliner and leader of the new school - Terry Apala, dishes out his first single for the year by teaming up with another buzzing talent - Zoro. The mid-tempo tune is dubbed "Bread Ati Ewa" (Bread and Beans in Yoruba).

Produced by regular partner in music crime - Ozedikus, with some help from J Boy, "Bread Ati Ewa" sees Terry Apala display his salutation skills while maintaining his signature Apala flow while Zoro "Swag Bag" did his thing as always.

"Bread Ati Ewa" is a sweet tune and I recommend it!