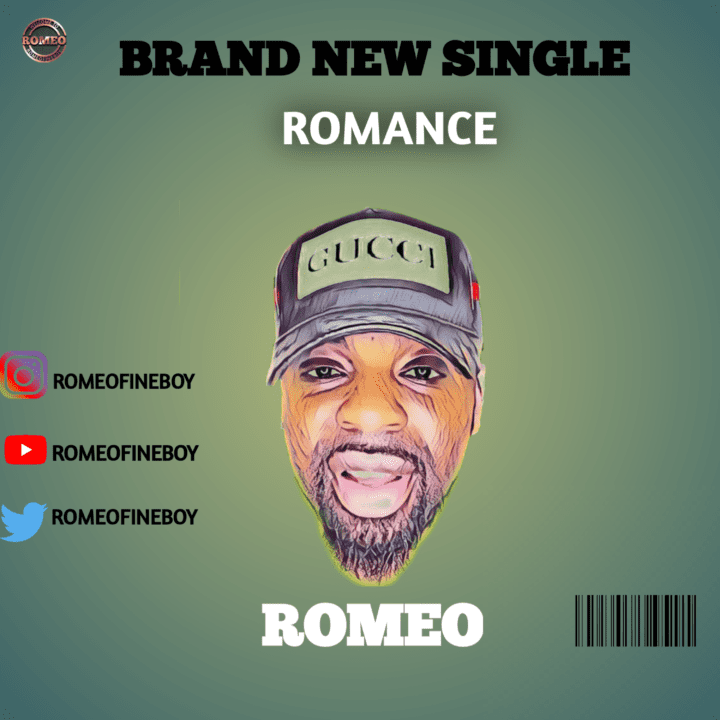 Award-Winning Singer and Songwriter, Romeo Announces Come Back To the Music Scene with a Hit Track, Romance. The new song is already gaining massive attention on social media and online music streaming platforms

UK Based Nigerian/Italian singer-songwriter and model, Romeofineboy, announces his return to the music scene. Romeo rose to fame in Europe after his hit track in 2007, while he also went on to win the European music awards in 2009. Romeo sings Afrobeat with a mix of reggae and other elements in his music. What makes him unique is the message he passes in every single song he makes. He believes that music should be a tool for changing humanity's current condition, with the desire to create a better world.

Grab your partner and prepare to dance."

While listening to Romeo's track, Romance, I immediately hear a significant amount of confidence and sheer passion coming from his voice. Let's be honest, it's not easy to hop on a wavy instrumental like this one and take full command of it. The production alone can make you get off of your feet and keep you grooving. So when Romeo begins his opening verses it is imperative that he connects with his listeners immediately. And he does, there isn't a moment it the piece that feels empty or uninspired.

Though this is a party track, and I can see people truly enjoying this on the beach- it also has a level of transparent love. It's hard to tell if Romeo is referring to an actual woman in his life, or a character, but regardless, he makes it feel real & heartfelt.

Romeo was born by Nigerian parents and he spent his early life in Italy and recently relocated to London. After his successful run in the late 2000s, Romeo took a break from music to concentrate on other activities dear to his heart, like his humanitarian works. He is now planning a comeback with a new album in 2021. He has been in the studio working hard with his producers and support team to deliver the next best songs that will send shockwaves across the world.

Romeo has just released a new hit track titled "Romance" to announce his come back to the music industry. The song is already gaining massive attention and play on social media platforms and music streaming sites. Romance is available on Spotify, Apple Music, Deezer, Amazon Music, Shazam, TikTok, and iTunes.

The song is about love, beauty, and the woman's elegance in the life of every man out there. It's very relative, so everyone is going to enjoy listening to it. The beat is in line with the latest trend in Afrobeat, giving it the feel that fans of the growing music genre worldwide have come to expect.

Romeo is working hard day and night to bring out more hits to entertain his growing fans. He's committed to his craft and career and has so many great things lined up for the rest of the year, including his upcoming album.
Romeo wants to pass a positive message of love, kindness, and happiness across the world through music. He also wants to tell his story and inspire the next generation on the importance of attaining success through hard work.
To learn more, please visit here.