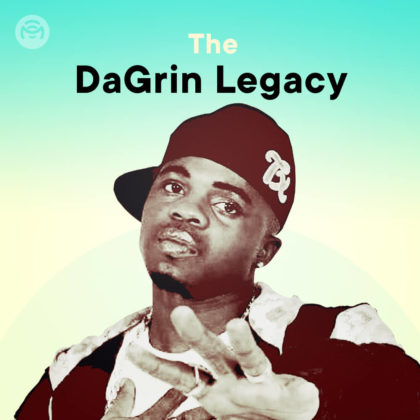 April 22nd 2020, marks the 10th year since the passing of ace Nigerian rapper, Oladapo Olaitan Olaonipekun popularly known as DaGrin who would've clocked 35 years yesterday. To that effect, NotJustOk has decided to curate "The DaGrin Legacy" playlist consisting of 35 DaGrin songs and collabos, via it's rebranded streaming platform, Mino Music.

Although DaGrin had just 2 albums "Still on The Matter" and "Chief Executive Omota" (both released in 2010) in his catalogue, he is unarguably one of the rappers who revolutionized indigenous Hip-Hop in the country. He was one of those acts who left their footprints in the sands of time and moreover, that's the major reason why we titled it "The Dagrin Legacy" playlist.

He will forever remain in our hearts, rest in power, DaGrin.

Check out the playlist below and share your thoughts.