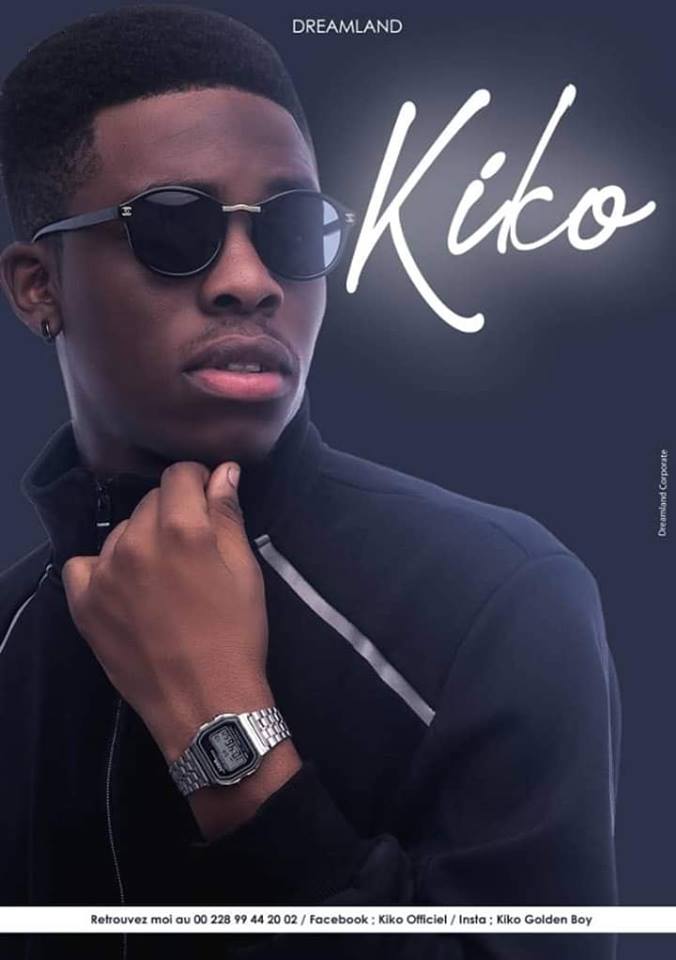 Since he entered the musical sphere, the young Togolese artist "KIKO", formerly known as KING DREW, has been making his music lovers dream and dance. He was born on September 12, 1998, and is signed under the name of Komivi King D. FIAGNO in the civil status.

The young artist KIKO has always loved singing since his childhood, but nothing major happened until 6th grade, when he discovered, through radio and television, the renowned artists such as Michael Jackson, Usher, Justin Bieber, Chris Brown. This influenced him to dally into RnB.

In 2010, he tried to achieve his dream with two of his classmates. During recess and off-peak hours, the trio practiced hard. They were able to record three songs. As the band's leader, the young KIKO was responsible for choruses, titles and studio programming. Unfortunately, due to every one of them changing school, the meetings became less frequent and they lost contact which led to termination of the group. However, KIKO's resolve remained and he continued as a solo act.

The young artist has since performed alongside prominent artists at various places. These include the Convention Center, Concerts of Mister Kurones, Toofan, at the stadium Omnisport, and Concert Soprano, as well as during the 2012 Miss Togo.

A holder of the Certificate of Studies of the First Degree (BEPC) in 2014, the young high school student Komivi FIAGNO decided to chase his passion for music. He keeps getting better at his craft as he seeks new audiences.  The young KIKO has continued to vie for space amidst established acts. Today, it opens a new page of its history by signing with the label DREAMLAND and powered by AZ.ENT. , strongly that the adventure is of the most beautiful.