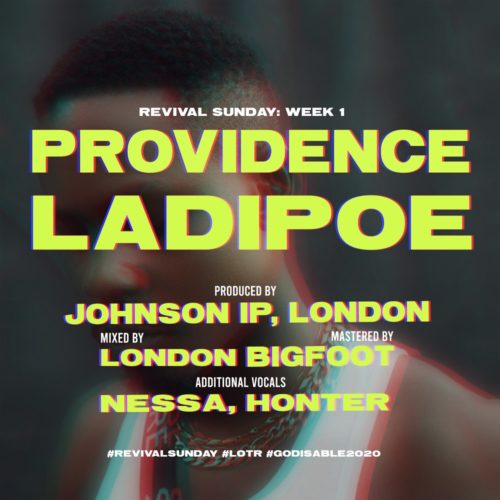 Ladipoe has announced "Revival Sunday," a just-begun musical serving on the first day of every week. The Mavin rapper, who fancies himself 'The Lord of the Revival,' released the first song, 'Providence' yesterday (15th December).

The rapper, who is no doubt one of Nigeria's finest, released his debut album last year. "Talk About Poe," sadly, even with excellent songs and endless bars, largely went under the radar. Announcing this series, the talented rapper, born Ladipo Eso, is, again, pushing for acclaim, with his unique style he calls 'lifelines'.

'Providence' was produced by Johnson IP and budding producer London, who's worked with Mavin label mates Rema and Crayon. With lines like "since I became a goat I began to hate beef," the Revival Sunday promises to be one dope ride with a most incredible rapper.