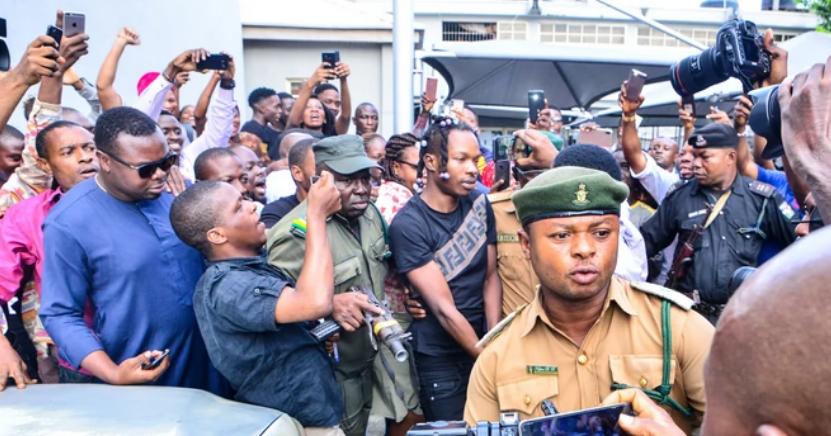 The trial for Naira Marley's case has been adjourned by the presiding judge to Wednesday, 23rd of October after the street singer appeared as demanded today in court for an alleged case of Cyber Crime.

A video of the Soapy singer went viral on Instagram where he was spotted in the dock on October 22, 2019, where his case was been tried by Justice Oweibo of the Federal High Court located at Ikoyi, Lagos.

You would remember that Naira Marley had been arrested by the EFCC back in May 2019 alongside Zlatan Ibile, Rahman Jago, Guccy Branch, and an unknown person for cybercrime, credit card theft among many other charges. While others were released with no charges, Marley's case is still in court.