"I have nothing against Naira Marley...We're not friends" - Simi 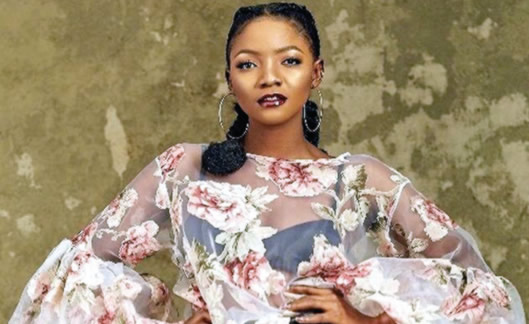 X3M recording artiste, Simi has reacted to Naira Marley's statement about her supposedly snubbing him at the recently held Homecoming.

This issue, which has been going on for weeks now was recently addressed by Simi on Friday the 26th of April in an interview with the BeatFM where she said she does not have any issue with Naira Marley. She admitted that while they're not friends, they're also not enemies, and further admitted that she saw him at the event, but he also saw her and didn't approach her. She said;

"To be honest with you, I have zero issues with Naira Marley, I don't have anything against him, he is not my enemy. We are not friends, we are not enemies. I saw him coming, we did not make eyes contacts, he did not talk to me, I did not talk to him. It is funny because he didn't do anything to me, he did not directly disrespect me...he is not the first person that would say what he is saying.

"I'm not a stupid person, I'm not going to antagonize you because I'm not dumb. I like to mind my business. Probably he saw something and said something else. But he never spoke to me, he didn't approach me and I saw that and I said whatever makes you happy. And for me I'm a big picture person, I look at the big picture and if you are not in the picture, I'm not going to stress myself,"

I have nothing against #NairaMarley. He didn’t disrespect me - #Simi. [Swipe]

Naira Marley had been directly and indirectly dragging Simi on social media after their one-sided encounter at the Homecoming concert on the 21st of April 2019, which started from their opposing opinion about internet fraud. While Simi had expressed total disdain for the criminal act, Naira Marley had supported and even told people to glorify whatever they're doing, plus asking Nigerians to pray for Yahoo boys.

This obvious clash of opinion contributed to Naira Marley's recent attack on Simi; from calling her out during his Live video to mentioning her name in posts and responding to posts about her. Naira Marley also called Simi out after this video, saying she's guilty, of what crime is yet to be known.

Wow. Men beefing with women. That's what we're doing in 2019, Nigeria? So sad and pathetic. I guess he had a crush before she got married, and now he's hurt.