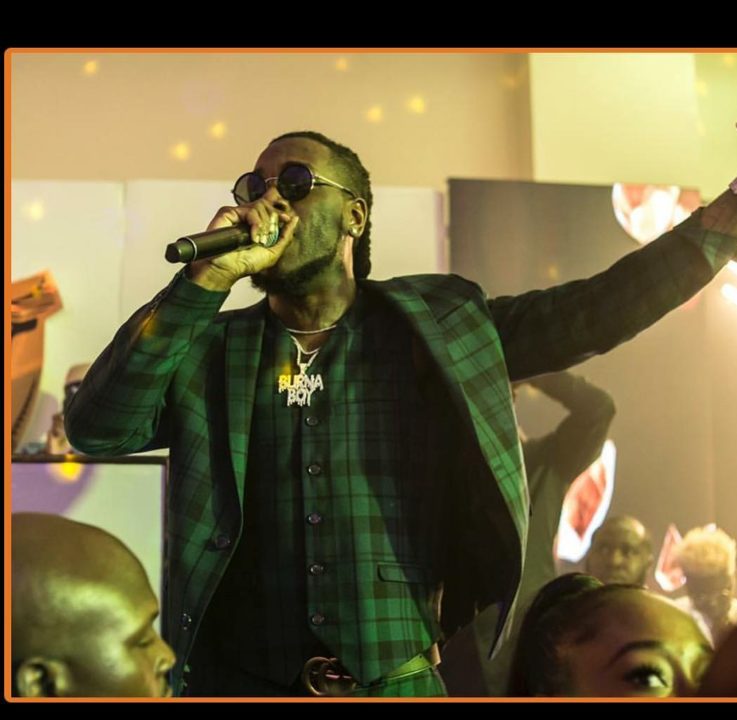 Burna Boy has reacted to being among the artistes on the line up of Coachella 2019 coming up in April 2019 where both himself and Mr Eazi were billed to perform.

In reacting to this, Burna is demanding that his name be made as visible as other top artistes in the publicity flier as he is the giant of Africa. He said;

@coachella, I really appreciate you. But I don't appreciate the way my name is written so small in your bill. I am African giant and will not be reduced to whatever that tiny writing means. Fix tings quickly please. @ Coachella" 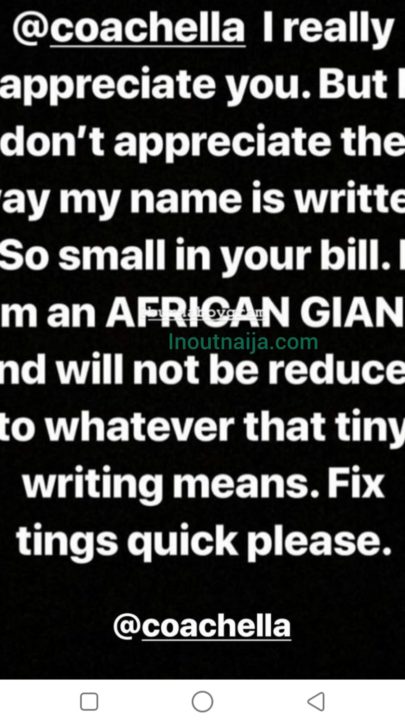 The singer has after that deleted the reaction he made on his Instastory.

#DavidoAt10 : Davido Reacts To Colleagues Not Celebrating Him