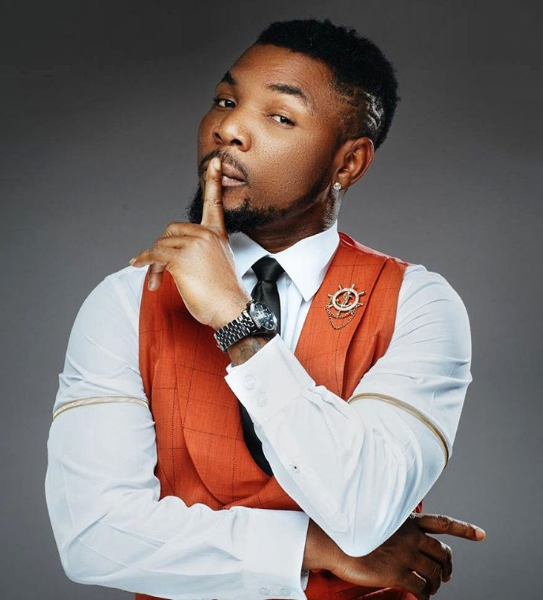 While the Nigerian music industry is making great efforts to bring peace and settle every issue before the end of 2017, Oritse Femi is having none of that as he embarks on a journey to start new beef between himself and great artistes in the industry who just had their shows.

According to the singer who got married this year, the shows Nigerian artistes have been putting together recently are nothing but “Shaku Skaku event”. He went further to hit the nail on the head saying that all the shows put together is nothing compared to his wedding which took place on the 25th of November 2017, concluding that Nigerian artistes are learners.

He tweeted this after Davido’s show stating; 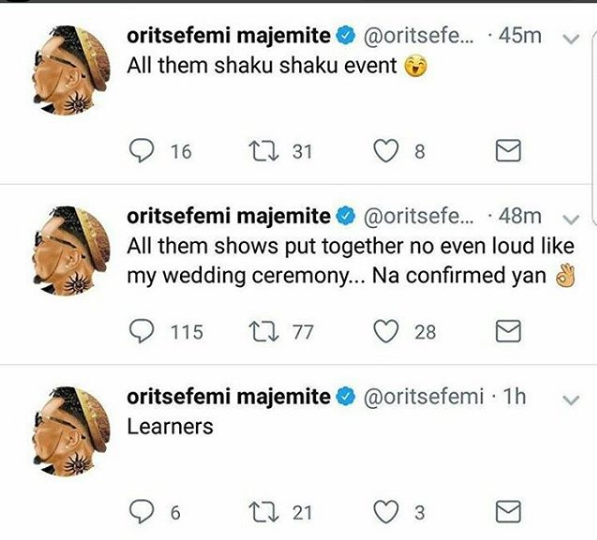 If this is a joke, we do not know, but Nigerians are not taking it funny with him as they lash him out on Twitter with one informing him that even Davido’s #30BillionConcert billboard had more publicity than his entire wedding and another stating that Wizkid’s crystal shirt used for his concert is brighter than his future.

This and many more bashing is the result of Oritsefemi’s twitter outburst.

Your career no even loud reach IF song

??the same wedding that dinnur even trend reach EBUKA agbada to BAAD wedding. Will u drop that weed you are smoking now?

Rn You are a SoundCloud artist

People are busy fighting over who killed show and made it big, you're here throwing shades on your wedding ceremony that was sponsored by alomo bitters. Better be careful my friend.

We would remember that Oritse Femi had done the same to Banky W after their wedding which took place on the same day where he said he had no idea Banky got married the same day as him despite the social media buzz around Banky’s wedding.

But hey, you guys know almost all Naija artistes were invited to the show to perform and Oritse Femi wasn’t, at least he wasn’t there. Even the Apako master, Terry G was there, so there’s a possibility he’s just “speaking out”… abi? #JustSaying #OkBye.