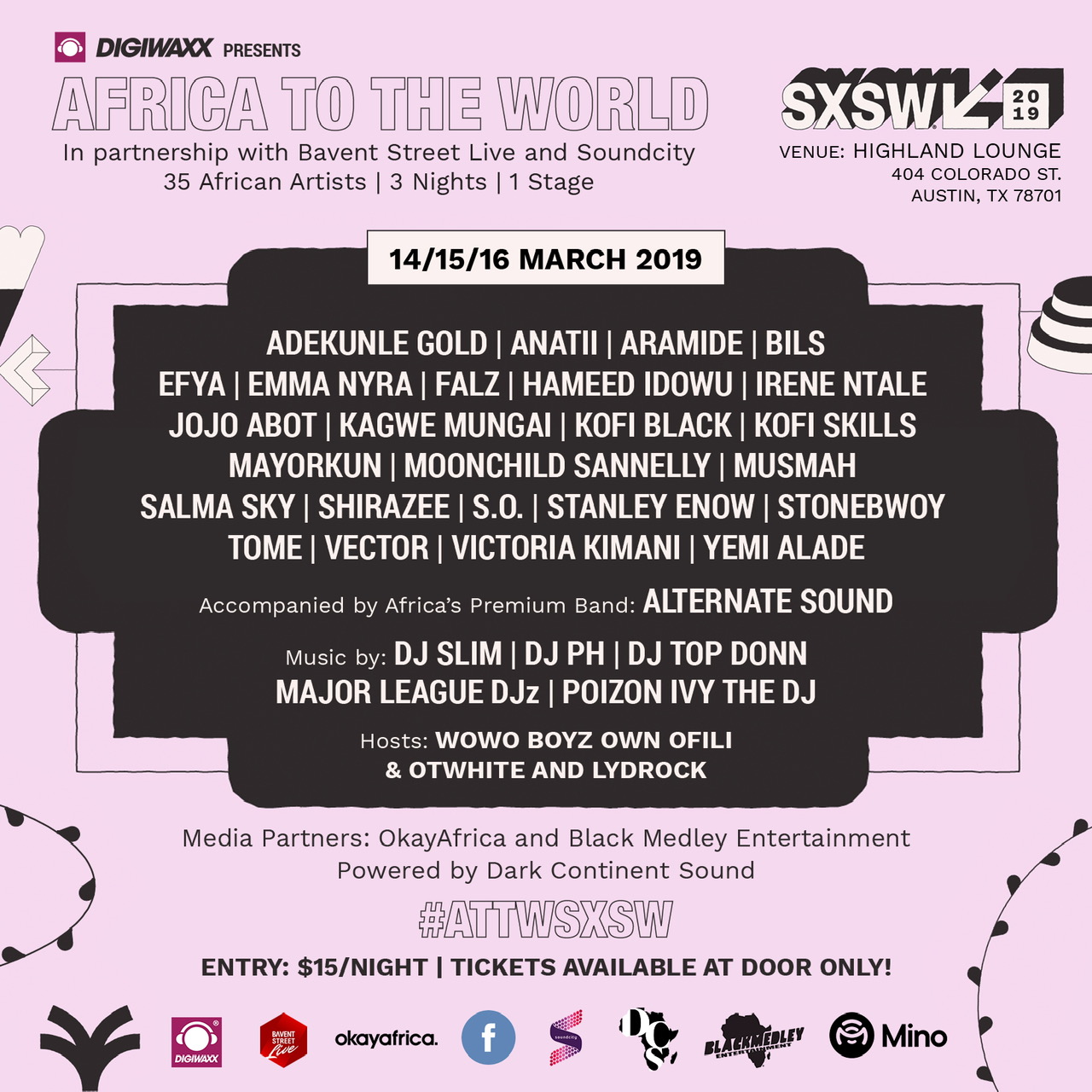 From the 8th to 17th of March, hundreds of thousands of music and film lovers, artists, actors, professionals, experts and regulators will be in the city of Austin, Texas for one of the world’s largest music and film gathering.

The African Stage, tagged “Africa To The World”, is in collaboration with Nigerian-based entertainment company, Bavent Street Live to attract the best of African music talents performers to the SXSW.

SXSW, which began in 1987, is an annual conglomerate of film, interactive media, and music festivals and conferences. Over the years, the scope and size of the festival has continued to exceed expectations of the global music scene. In 2017, the conference lasted for 10 days with SXSW interactive lasting for five days, music for seven days and film running concurrently for nine days. Comedy and gaming components to the festival are particularly fast-growing.

“As we head into our 26th edition, we couldn’t be more excited to once again share a completely fresh SXSW 2019 slate with our uniquely smart and enthusiastic SXSW audience,” says Janet Pierson, director at SXSW.

Africa’s representation at the SXSW since it started has been very low compared to other continents. In the past four years however, more attention has been given to inviting more artists with urban African music.

Bavent told BusinessDay that it has lined up 35 of the best music artists to light up the Africa To The World Stage which is making its debut in 2019.

The company is partnering with Digiwax Media, OkayAfrica, and Soundcity to put up an incredible show at the SXSW.

‘Africa to the World’ spans 3 days of showcasing the best of African music. The selected artists cover various genres of music including Reggae, Hip Hop, RnB and Kwaito.

“Not all music out of Africa is “Afrobeats, and indeed this showcase is a true cross-section of what African music is about,” says Condotti.

Artists from Nigeria include Adekunle Kosoko popularly known as Adekunle Gold, an urban highlife singer-songwriter whose hit single “Sade” won him Best Alternative Song at the Headies 2015; Alternate Sound, a Lagos based band that have performed with A-list talents like Tiwa Savage, Patoranking, Banky W, Praiz, and Reekado are also expected.

The organizers tells BusinessDay that being on a big stage like SXSW indicates that the artists and African music in general are on the same stage as their global counterparts.

“It means their art is as good as any in the world, and that our artists are capable of entertaining fans across the world at the highest level, not just singing to Africans in diaspora only,” he says. “So SXSW gives them an opportunity to get and impress a totally new fan base. And the fact that we have Livvi to broadcast it globally on a Virtual Reality Live Streaming platform means that everyone can enjoy it like they are there.” 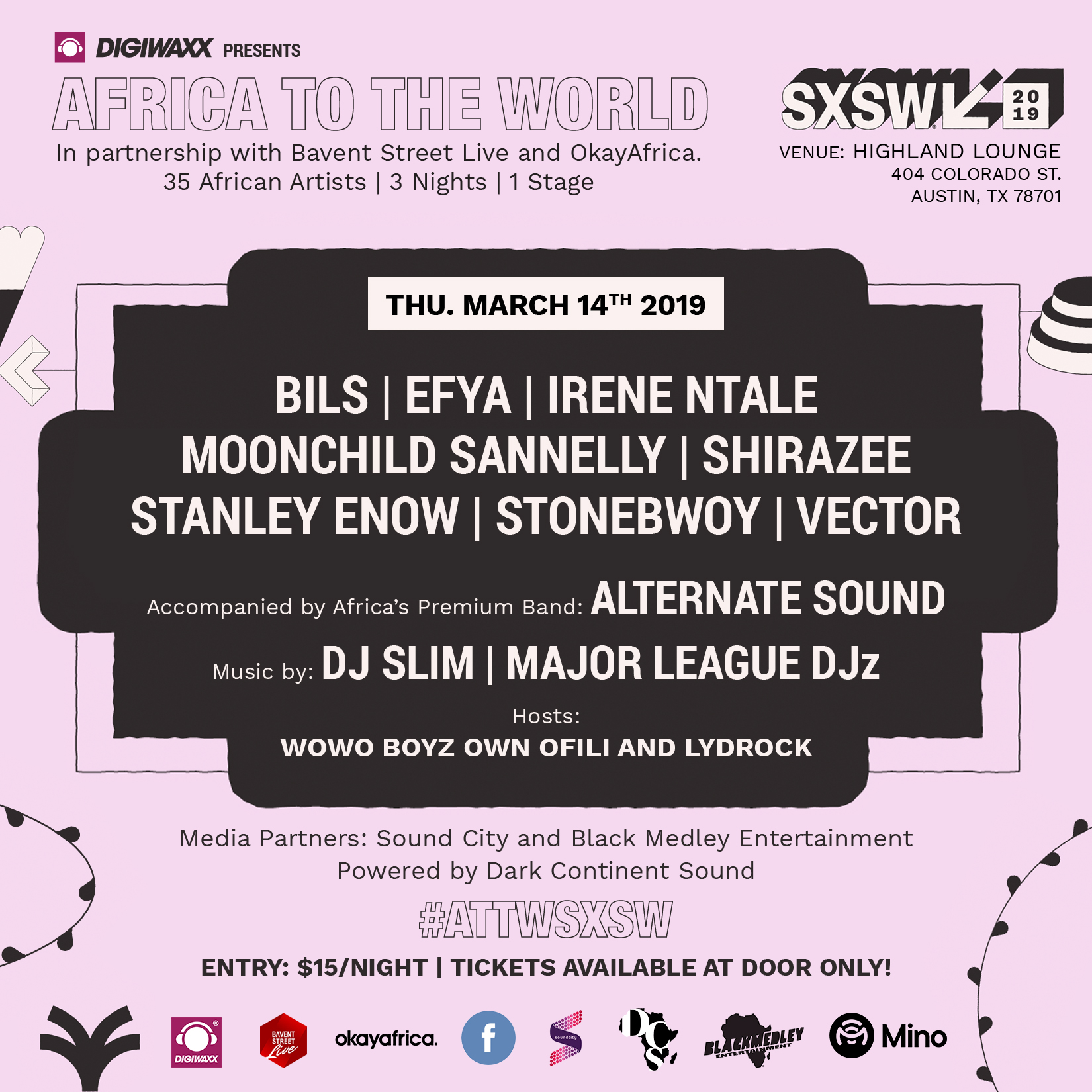 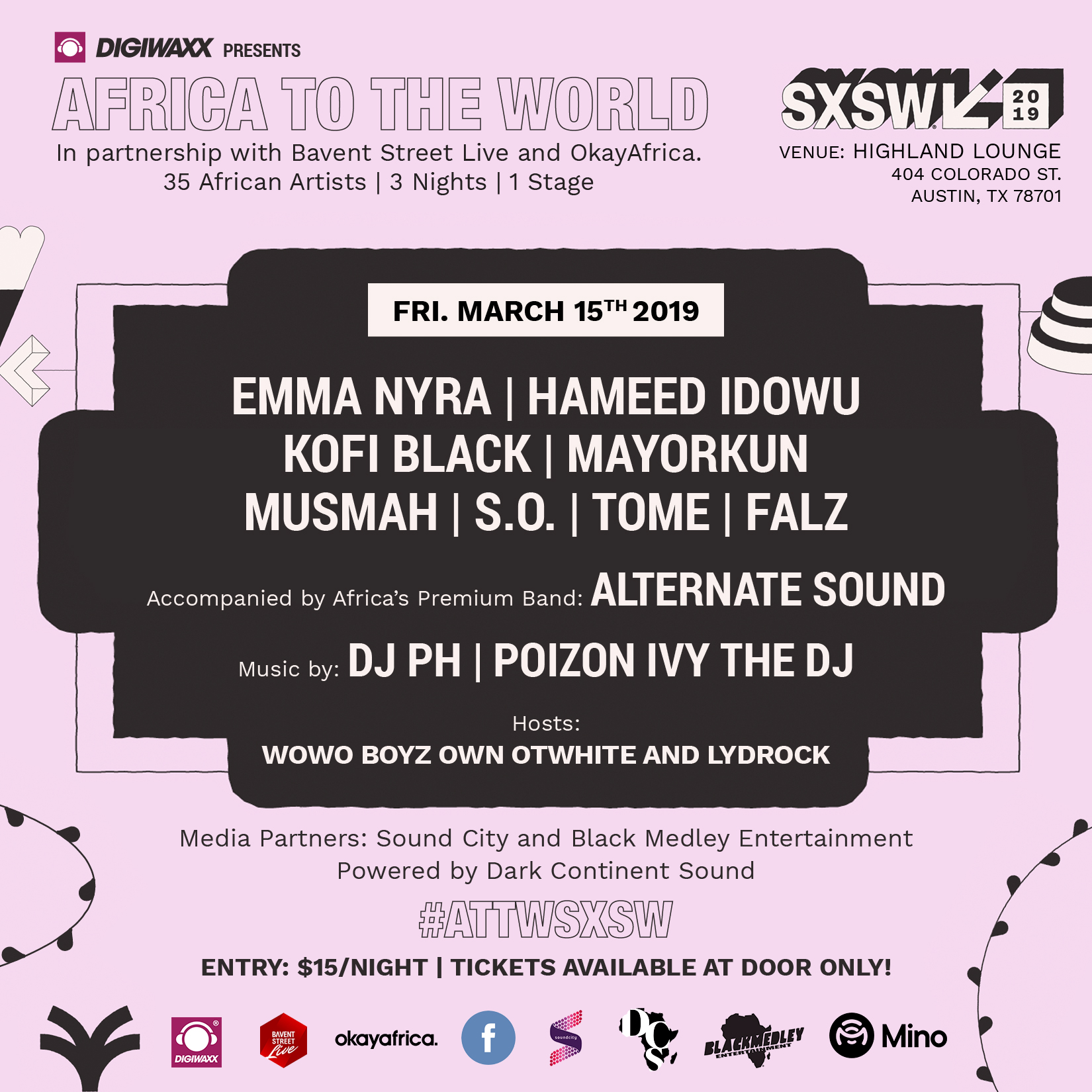 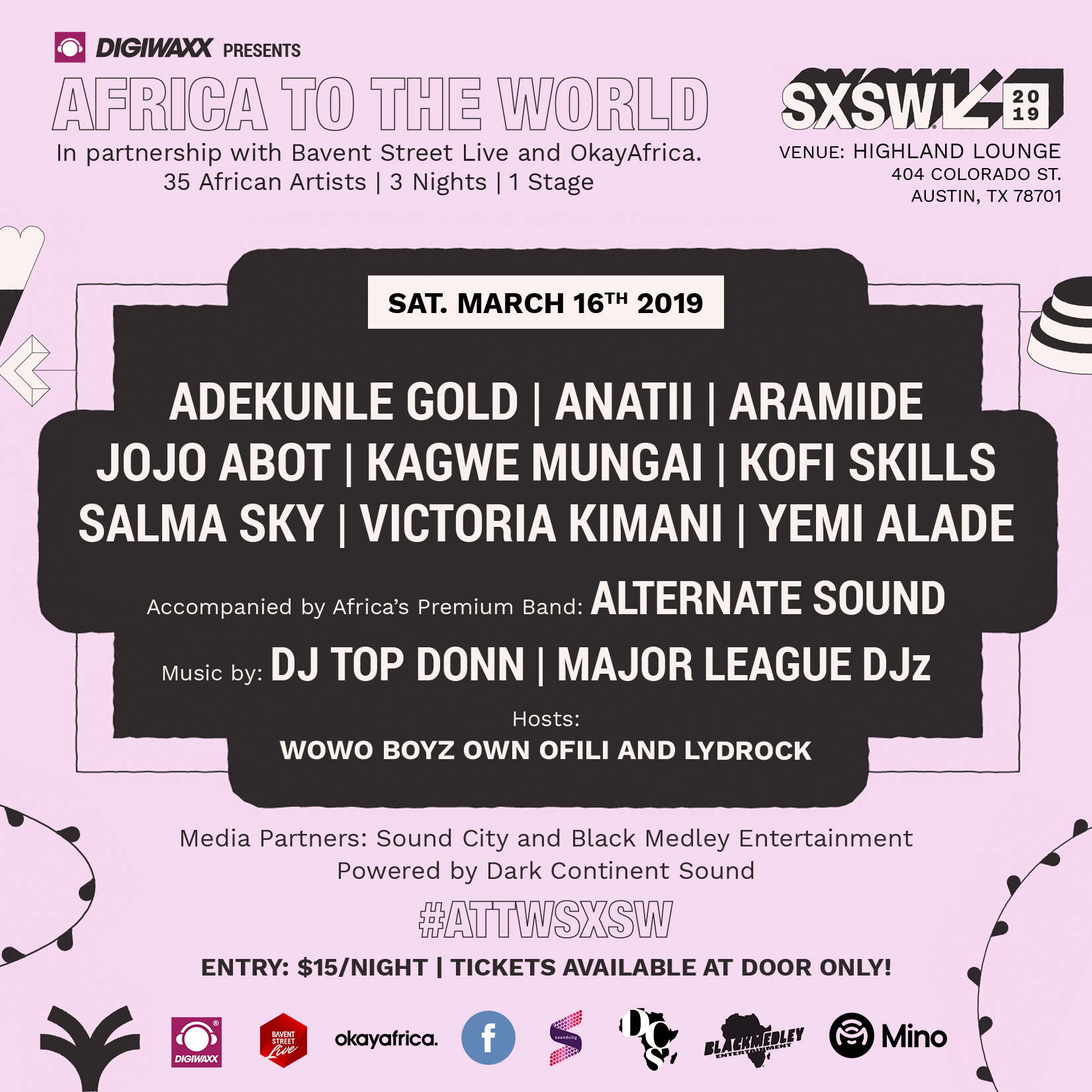 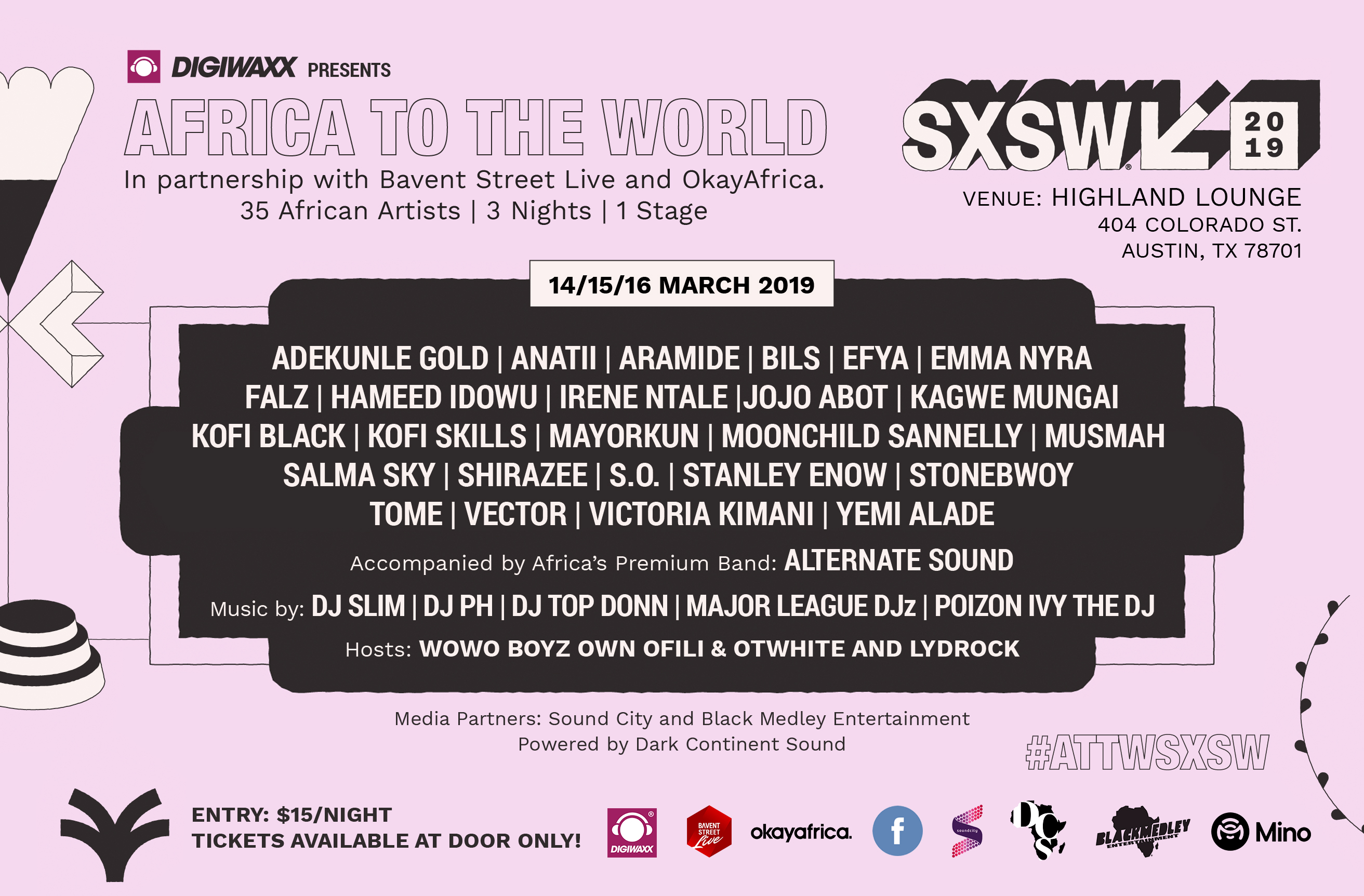