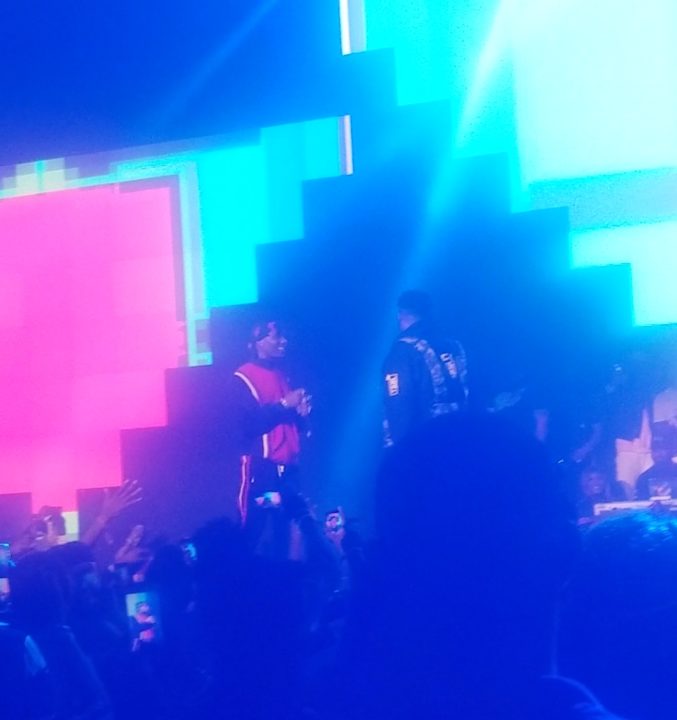 Wizkid and Olamide On OLIC 5 Stage

Olamide Live in Concert was a huge success at the Eko Convention Centre on the 23rd of December 2018 where lovers of the Olamide came to experience the artiste Live.

The greatest surprise that’ll leave fans talking for weeks was Wizkid showing up at OLIC right after his concert, an appearance nobody expected considering the Starboy was also having his own show at the Eko Atlantic the same day.

The concert was full of talented artistes, from the YBNL Mafia who gave their various performances to upcoming acts who also had their time in the spotlight.

Olamide’s performance was worth every wait as the singer took fans to hits from way back until he Journeyed all the way to poverty. The rapper with a live band delivered a stellar performance of his song, crowning the performance with the dancers who expressed effectively the story his songs tell with the rhythmic movement of their bodies. Seeing their various costumes and interpretation of each song and how easy Olamide flowed with them, one could tell their level understanding of art and performance through it all.

Other artistes who came on stage to support Baddo include Timaya who surprised the fan, Phyno whose presence wasn’t a surprise considering how close he is to Olamide, Vintage Band who after their mash-up of great songs, backed Olamide’s voice as he sings to the resounding instrumentals.

The surprise for the night was Wizkid storming the stage at the beginning of his song with Olamide, Kana and that got the crowd roaring! They briefly performed Kana after which he flowed into Fever then performed Ojuelegba and ended with the hottest song of 2018, Soco.

There had been series of arguments and disagreements between Wizkid’s fans and Olamide’s fans as they decide whose show they’ll be going for on the 23rd. This date clash didn’t seem like good news for Olamide and because of this clash, fans have assumed there is a competition going on between artistes and that’s what Wizkid’s present at the show proved. It showed the fans that music is for everyone and the sky is big enough for everyone to successfully fly and not clash. It also showed fans that it’s okay to support who the world is trying to make you see as a competition because they don't become a competition until you see them as that and these two stars, Wizkid and Olamide, see themselves as brothers in the industry who feel confident in seeing the other grow and we hope their fans will watch them and learn.

That moment when Wizkid jumped into the stage with Olamide at #OLIC5 to perform #Kana ????????? #NotJustOk