Davido Gets Fans On Choir Mode At Wireless Festival 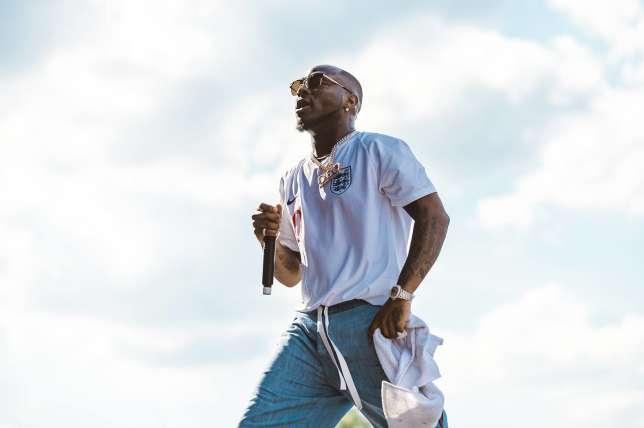 Wireless festival last night, 7th of July with Davido was a massive shutdown as the Chairman of the 30 Billion gang hyped the crowd at the festival with some of his hit singles.

The lineup for the Wireless festival that took place on Saturday, the 7th of July had other great artistes like Stormzy, A boogie With Da Hoodie, Migos but the crowd made Davido feel like the headlining artiste with their overexcited cheers and screams for more of his Jamz even after his time was being cut short.

Davido took to the crowd to a high with his 2012 hit single,  Dami Duro and kept the high tempo with IF, Aye Fall, FIA and his recent hit single, Assurance that unveiled his chef girlfriend, Chioma and the crowd showed their love by singing his songs with voices competing for the loudest… you gotta give it to the crowd!

Being a strong believer and actor of his philosophy to raise others, Davido brought on Mayorkun to the stage to perform Mama and Cheche. This is such a commendable act as he uses his growth and opportunity to also give others the opportunity to rise.

"We rise by lifting others…" @davidoofficial living true to his words as he brings @iammayorkun on stage to perform at the @wirelessfest UK..??? one word for #OBO . . #NotJustOk

This was also an opportunity for Davido to pay respect to his late friend, DJ Olu who died on the 7th of October 2017 just after the death of Davido’s friend, Tagbo. He rocked a Tee with a caption “Long Live Olu”

Th wireless festival started on the 6th of July to end today, 8th of July 2018.