D'banj Responds To Bankuli's Claim That He Uses Drugs 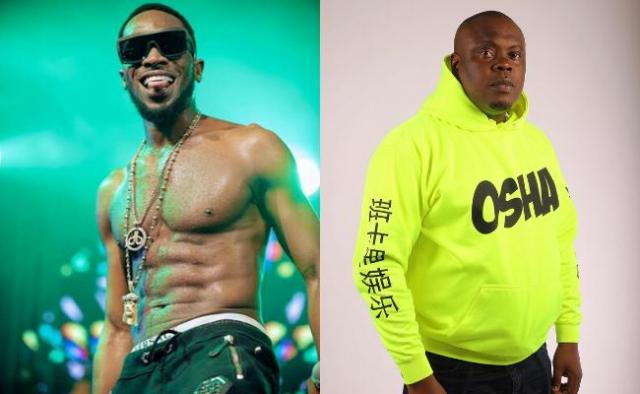 D'banj has reacted to the heavy accusation his former manager, Bankuli slapped him with on social media that he uses hard drugs.

In the early hours of 14th of November, Bankuli had posted a video of D'banj in an interview saying his former manager, Bankuli is withholding the password to his social account. In response to that message, Bankuli stated that it's better for D'banj to be silent. He went further to state that D'banj had a promising career but spoilt it by getting himself involved in hard drug which he described as "white powder"

Doing drugs will not help you but worsen your case (I heard about white powder). A shining prospect and you use your bad character to bloat it all away. 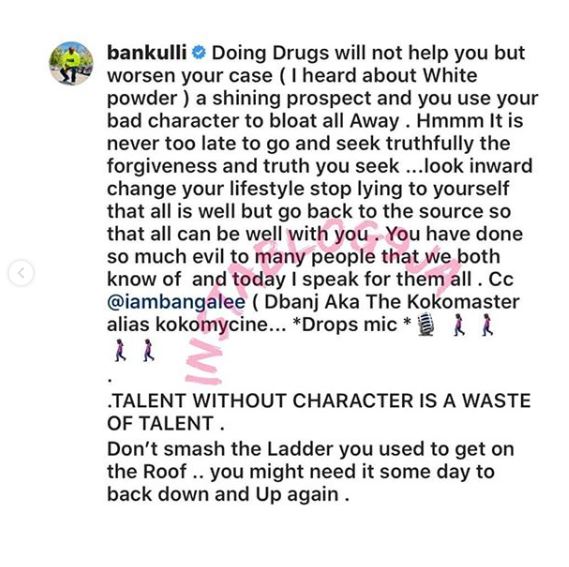 This post caused a lot of noise on social media and D'banj responded to it under Bankuli's post stated;

Then brother keep quiet and If you must talk about me, speak the truth. Enough lies.