Nigerian singer, Burna Boy has announced the venue for his concert in Paris, France this year. He also posted throwbacks from the 2019 show held at the Olympia in Paris. 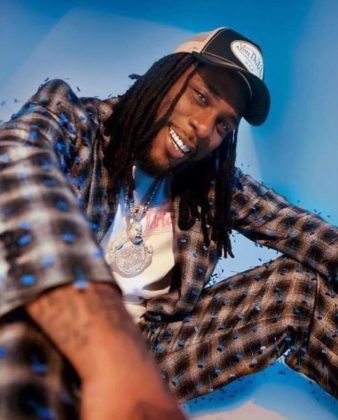 Burna Boy shared this information via his Instagram page on Thursday, the 3rd of June 2021. He reminisced on his 2019 performance at the Olympia in Paris, when he sold out the venue in two back-to-back dates. The Spaceship Records singer announced that the venue for this year's show at the ACCOR ARENA and he promised it will be "wild". He wrote;

In October 2019, we sold out two back to back dates at the Olympia in Paris! You guys even carried on the party after I left the stage all the way to the venue exit! 😂💪🏾 ……I’m excited to to come back to the ACCOR ARENA, it’s about to be wild! #SPACEDRIFT 🏎🏁 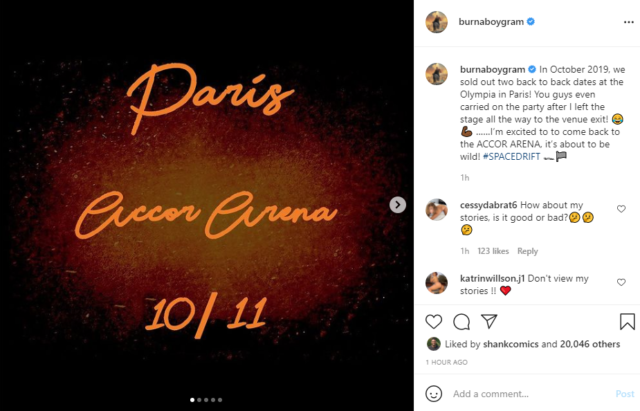 READ ALSO: Burna Boy Will Hold His First Headline Concert at the O2 in London This August

Burna Boy announced his first O2 headline concert recently and he is adding to that, this Paris concert which will hold on Wednesday, the 10th of November 2021.