AKA Wants Burna Boy To Be An African Giant and Apologize 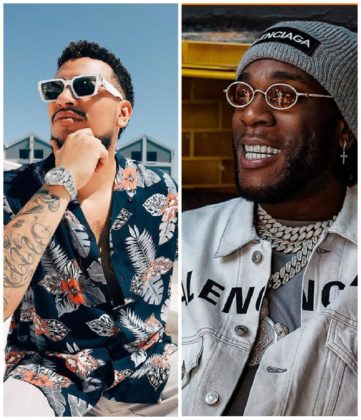 South African artiste, AKA is demanding that Burna Boy be the African Giant he claims and apologizes to his country, South Africa for publicly insulting them during the reported Xenophobic attack on Nigerians by South Africans. This, AKA said is the only way he can allow Burna to come to South Africa to perform in peace.

This demand is coming after BurnaBoy was announced as part of the lined up artistes to perform at the Africa Unite concert happening in South Africa on the 23rd of November 2019.

The first of many! Part of the proceeds will be donated to the victims of Xenophobic attacks by me! I really hope we can all keep contributing in our own way to make the world a better and safer place for each other. #Africansunite , it’s bigger than all of us ? pic.twitter.com/fpBrk4O1VG

You would remember that during the Xenophobic attack in September, Burna Boy had promised to never set foot in South Africa until the government fix things and make thig right. During his outrage, he also attacked his old friend, AKA for making "Xenophobic" comments against Nigerians and other Africans in South Africa and these tweets gradually led to threats. 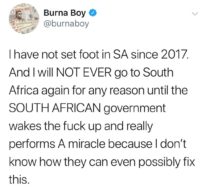 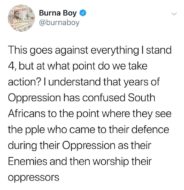 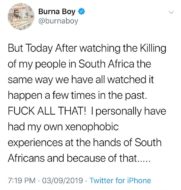 With all these said and the event coming up on the 23rd of November, AKA is demanding that Burna Boy apologize to the people of South Africa so there can be peace as he wants to be able to come to Lagos to perform just as he wouldn't have a problem having Burna coming to South Africa to do so for his upcoming show only if the afro-fusion artiste apologize. 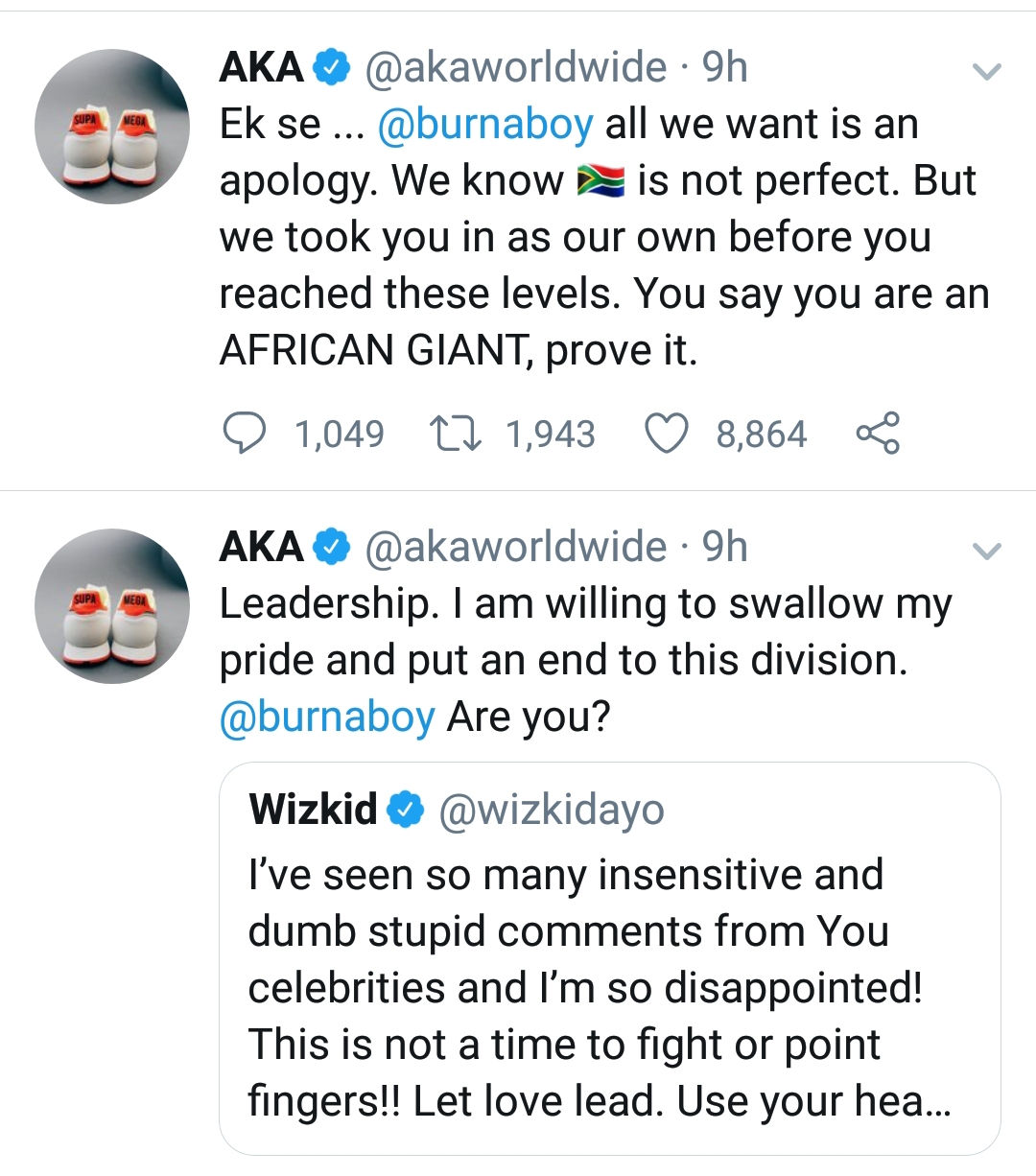 AKA Twwts at Burna Boy

On who should apologize first, AKA said he cannot do that because he's older than Burna Boy.