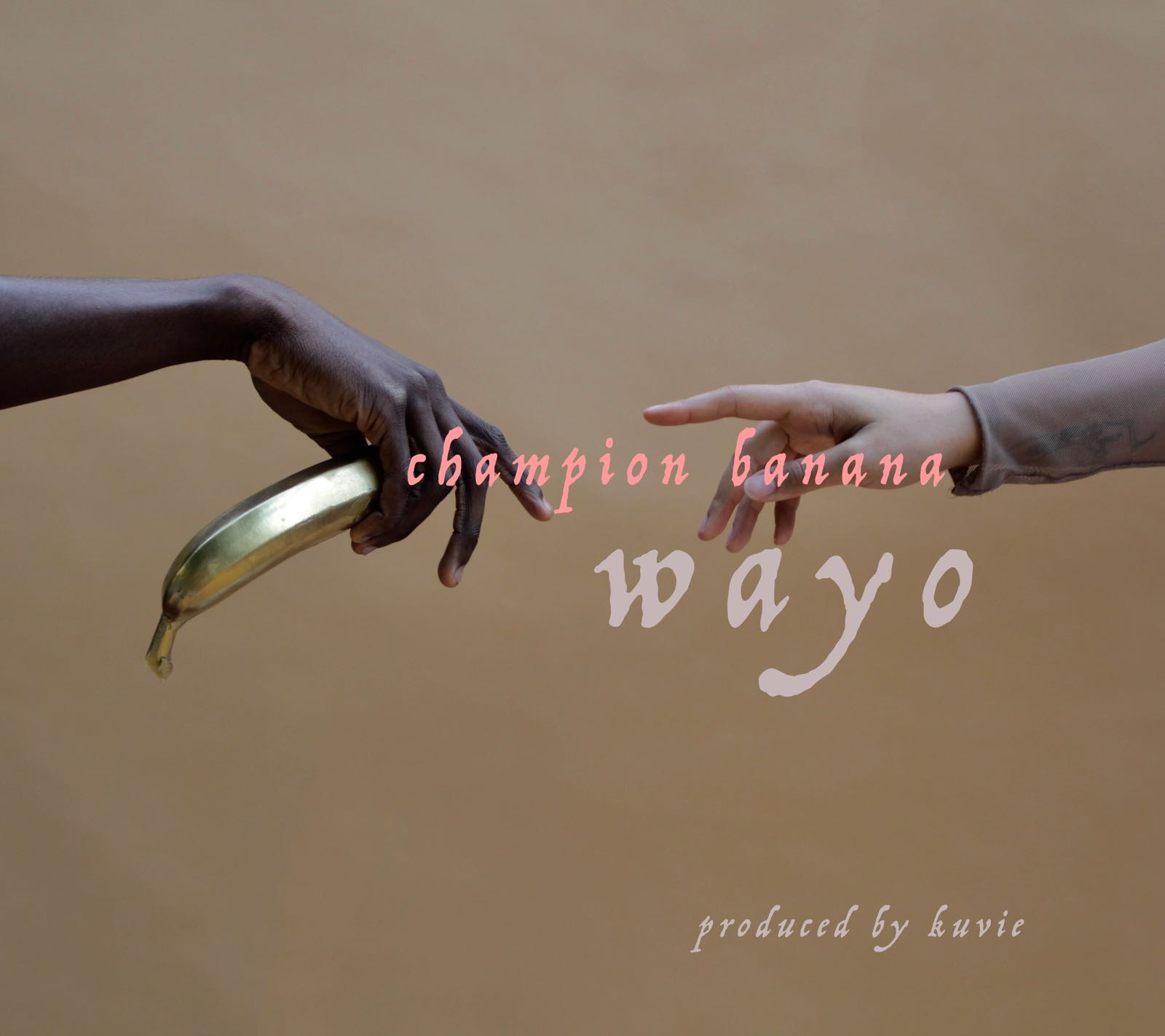 Afro Swing and Afropop are music genre that are quickly gaining popularity across the globe. If you love the smooth drum sounds of this genre, then you’ll absolutely love this new single from Ghanaian musician, Wayo.

After the widely successful single, Muscatella featuring Joey B, Wayo steps back into the limelight with the single Champion Banana. This sexy tune, buffered with smooth drum beats and mellow steel drums gives us a smooth and sexy Wayo that will give Trey Songz a run for his money. Champion Banana, produced by Kuvie is a simple Afropop song layered with vocals and a perfect sing-along chorus.

Wayo’s single Muscatella had him featured on Apple Music Africa’s banner, and in top ten charts of Ghana’s YFM and Lilve FM for some weeks. His popularity also extended to blogs and a number of publications in Ghana, Nigeria, South Africa, U.S.A and Kenya.

Wayo was born in Accra to Ghanaian politician Kofi Wayo. However, he was raised in Atlanta, USA, which influenced his style as a rapper. After a long hiatus to realign himself and his sound, he returned in December 2017 with a slow-paced afro pop sound Call Me, which quickly racked numbers despite little to no promotion. Muscatella, his second single featuring Ghanaian Hip life artists Joey B, introduced him to his Ghanaian audience who immediately fell in love with his music.

Champion Banana is a much awaited follow up, which will help cement Wayo’s place in the entertainment industry.