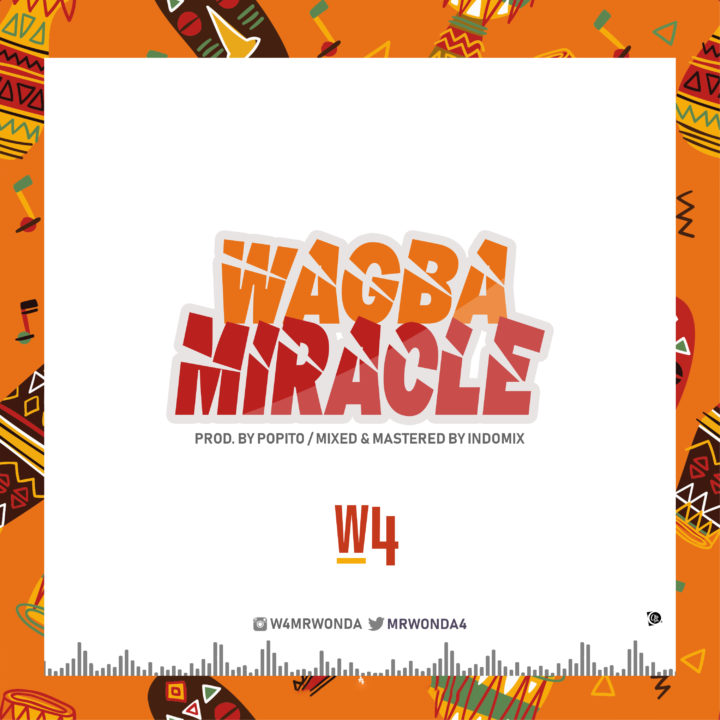 Wale adepoju, popularly known as “W4 Mr Wonda” finally returns with new single “Wagba Miracle” after his 2018 single “Medicine”. The talented Afro-pop singer will never be forgotten for his striking roles in Nigeria’s music scene from his melodic debut titled ‘Solo’ followed by the viral single hit ‘Wa Gba Kontrol’ in 2012, a song which stands him tall in the industry. The popularity of the same song was intensified after protesters improvised the title as ‘Wa gba Petrol’ for their campaign slogan, during the fuel subsidy protest in Nigeria.

His Ankara pants (Wonda Pants) has also made him a trend setter and pioneer in the fashion world also “Wagaba Miracle”serves as W4’s first official single of the 2019 calendar year. On the single, he experiments a new sound and a new persona for all Afrobeat lovers. The tune was produced by Popito, it was mixed and mastered by Indomix

Listen Up and Enjoy!

For more info and tracks check out W4's NotJustOk Page

A few of W4's top tracks and videos include: