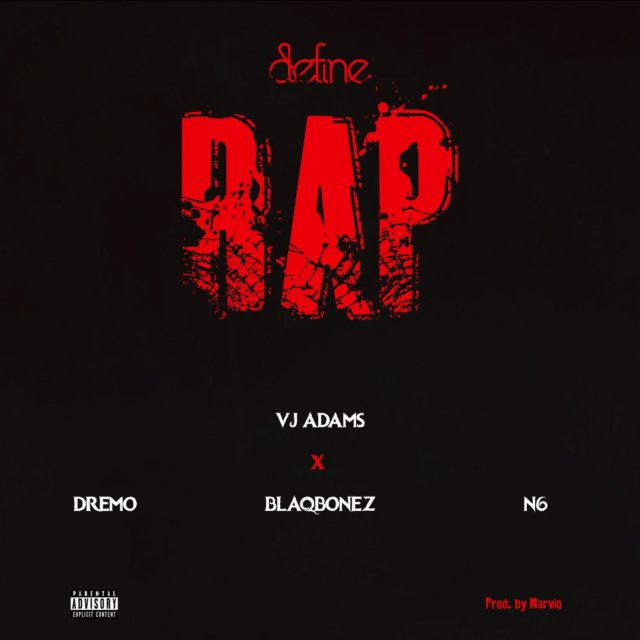 The Rap culture in Africa looks to be fading away but popular video jockey, VJ Adams has been able to float it from his perspective, and 'Define Rap 1' which was released back in 2018, a track on his debut album 'Perception' has been one of the biggest hip-hop collaboration in Africa. The record features; Ice Prince, Vector, Sound Sultan and Mz Kiss.

However, his overwhelming confidence and seemingly endless drive to keep Rap alive in the continent dad VJ Adams put the younger rappers on a Marvio produced beat where they held their own on 'Define Rap II (2)' which is arguably one of the biggest rap collaboration in Africa.

'Define Rap 2' is housed under his upcoming extended play 'Icon'. Prior to this release, VJ Adams tweeted:

Ahhh DefineRapII gon cause problem cos I took no prisoners