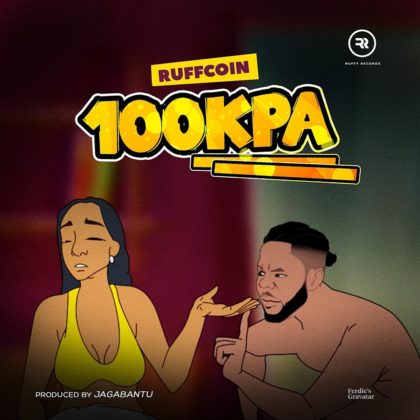 Nigerian artiste, Ruffcoin AKA the king of melody, who has won the hearts of many with his storytelling skills, is here with a brand new single titled "100 Kpa."

"100 Kpa" is obviously Ruffcoin's debut single for 2020, it comes after the release of his previous record dubbed "Na God" featuring Duncan Mighty.

The record was produced by talented music producer, Jagabantu and the animated visual was created by Naiky Toonz Studios.

Watch the official Video of '100Kpa'