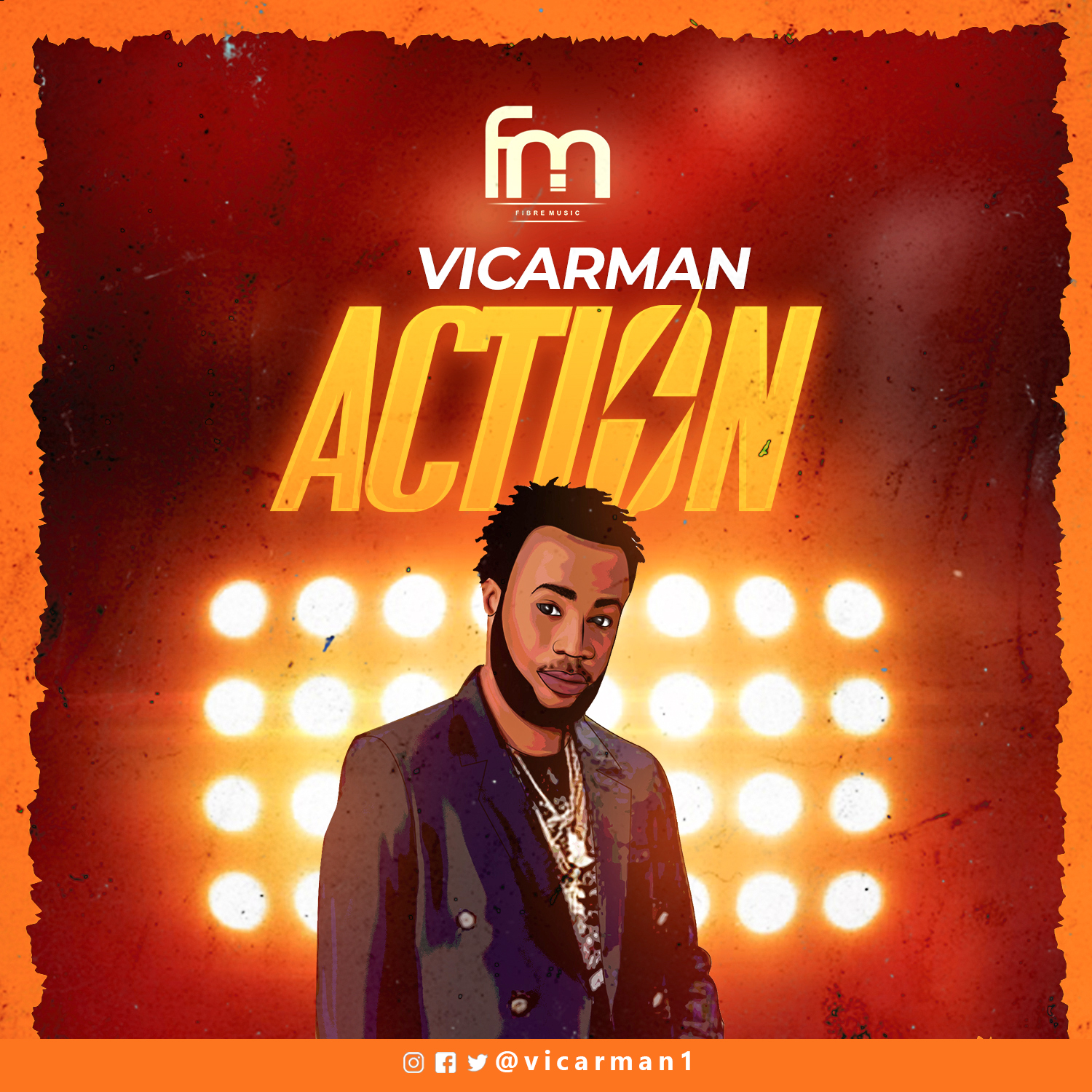 Fibre Music sensational artist VICARMAN whose hit single ''Agogo'' featuring Solidstar is still gaining outstanding acceptance by fans all over the world and enjoying massive airplay drops another banging tune which will definitely make his fans to love him the more.

This song made it clear that Vicarman has more to offer when it comes to good vibes and general entertainment.

The energy behind this song is unavoidable, so we can as well say that it is a good follow up for Agogo. The song is a perfect blend of Afrobeat, High-Life, and Dancehall.

According to Vicarman, since Agogo means the Time to Introduce his Presence, it is time to take ACTION.

ACTION which is produced by Ebase, mixed and mastered by Zeeno Foster, promises to be hilarious, very entertaining and captivating.