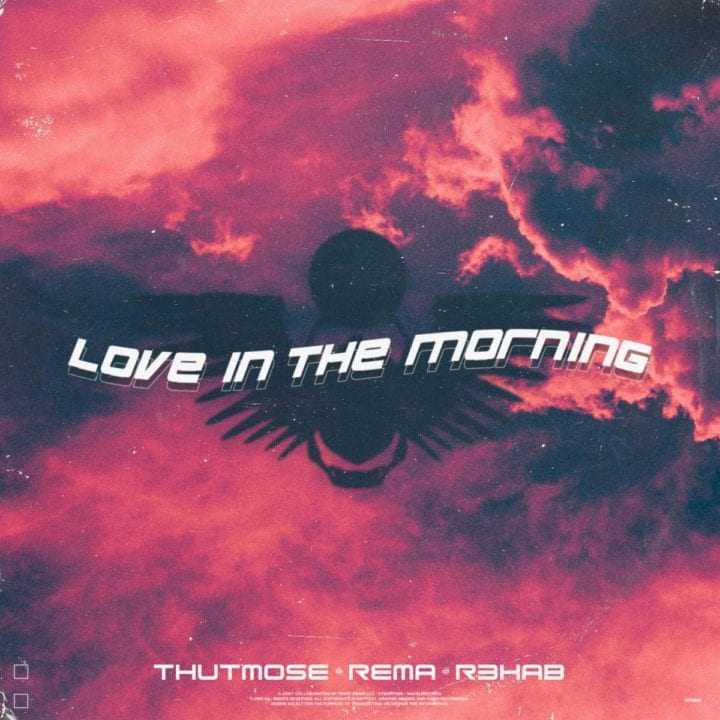 Rema has self-proclaimed himself the future and is currently Apple Music’s Up Next artist. He is hands down one of the most exciting artists to watch in music. Thutmose was born in Nigeria and moved to Brooklyn around 8 so for him to come back to his roots with this song was important.

Thutmose has been supported by everyone from Billie Eilish to Scott Storch, Pink Sweat$ etc. The original version came out last November on Thutmose‘s ‘Don’t Wake Me‘ EP and Thutmose, Rema performed the song live together at NativeLand Nigeria last December.

R3HAB says, “originally, I was asked to remix Thutmose and Rema‘s ‘Love In The Morning,’ but the workflow on this one was so smooth and pleasant, and additionally Thutmose and Rema were so involved and interested in the process, that we decided to combine our forces to release this dance spin-off of ‘Love In The Morning‘ as our original release. I have never done anything like this before. I love this fusion of Dance Music and Afrobeats.”

Over the last eight years, the Dutch/Moroccan artist Fadil El Ghoul – better known as R3HAB – has established himself as a leader at the forefront of modern electronic music. His talent has been called the “future of the craft” by the likes of Forbes and Billboard, and he’s circuited the globe’s best clubs and festivals, all without the backing of a formal record label.

In 2017, R3HAB independently released his debut album “Trouble” through his imprint CYB3RPVNK, which amassed over a half-billion streams globally and officially placed R3HAB among electronic music’s heavy hitters. He made number 14 on DJ Mag’s Top 100 list in 2019, topping the charts with tracks like “Lullaby” and “Hold On Tight,” while his sophomore album “The Wave,” revealing more complex, emotional and experimental layers of himself, has amassed over 250 million streams on Spotify alone.

In 2019 R3HAB’s All Around The World with A Touch of Class quickly became his biggest ever record already topping 200M streams across platforms and achieving gold and platinum status in 8 countries. It was followed by “Flames,” R3HAB’s collaboration with ZAYN.