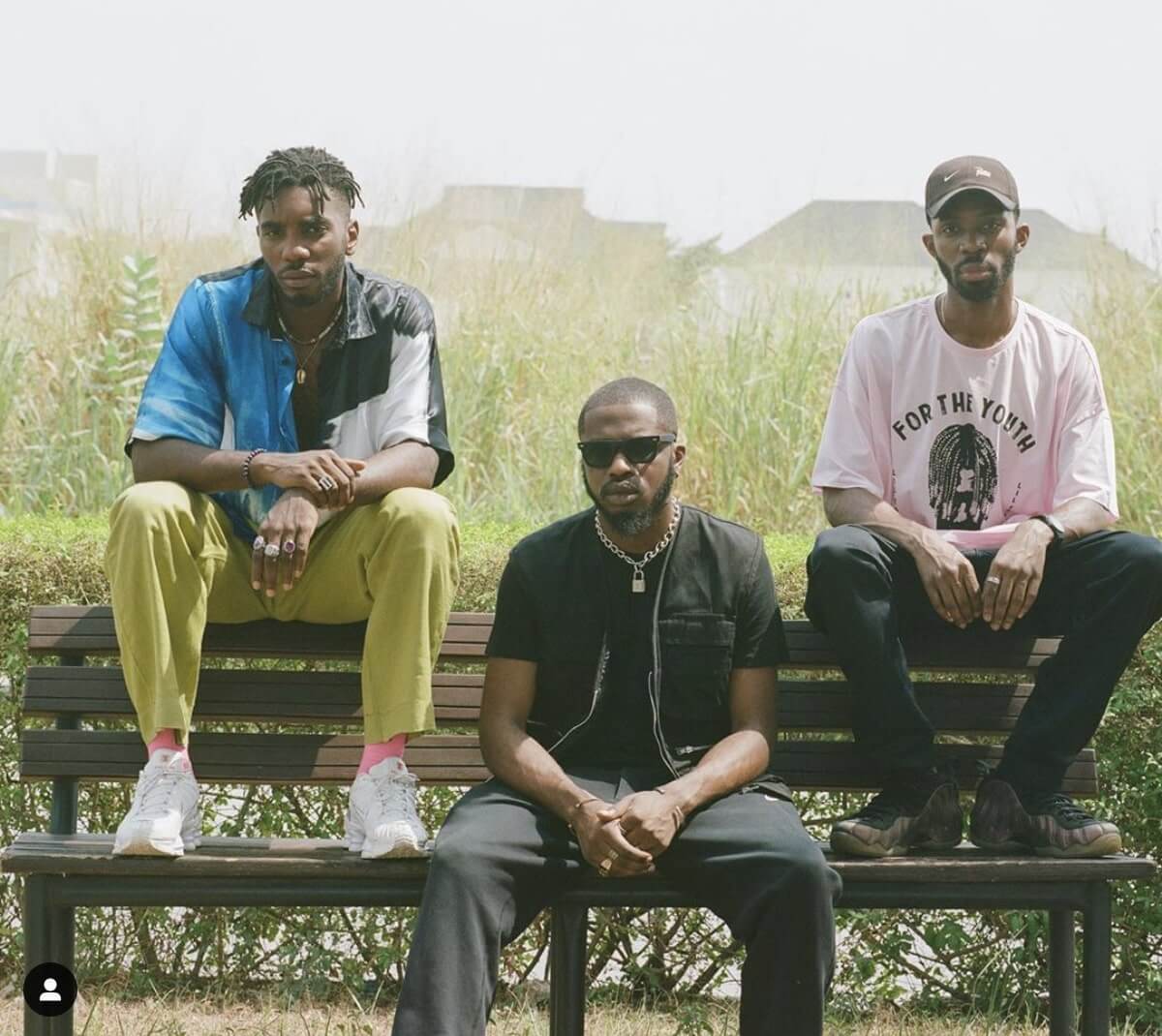 After a run of successful solo and group mixtapes, EP’s and singles in their hometown of Lagos, landmark Nigerian collective DRB announce their debut album Pioneers for release this May 1st on Alté Lasgidi
.
Comprised of members Boj, Fresh L and Teezee, DRB have spent the last few years collectively building their presence as key figureheads within Lagos’s rapidly expanding Alté scene, and individually, they have amassed an impressive resume that would make most artists jealous. From collaborations with Skepta, Maleek Berry, Odunsi the Engine, Olamide and Davido, Boj’s nomination for Best Song at the Nigeria’s biggest music award show, The Headies through to Teezee’s role as co-founder of Nigeria’s biggest cultural title Native Mag, their influence has touched all aspects of Nigerian culture, art and music.
Now, DRB unite for their long-awaited debut album Pioneers. With the title a nod to their role within shaping African youth culture, the album marries the best of classic Afro-beat and hip-hop and includes features with the likes of other Alté figureheads such as Santi, TEMS and Lady Donli to create a sound that is both completely unique and capable of traversing global boundaries. To launch the album, the collective release brand new single Softly. A gorgeous and innately catchy African love story by Naija’s coolest crew, the track also features original artwork created by renowned new wave Nigerian visual artist Anedu Edozien, who was also responsible for the album artwork. The single artwork was inspired by Roy Lichtenstein’s classic ‘In The Car’ while the album art entitled ‘Midnight Friends’ portrays the community, style, culture, cool kids, creativity as well as the rebelliousness of Lagos culture.
Speaking on the track, TeeZee says “softly in Nigeria represents being gentle. It's a term that's used for endearment. For example, when someone looks great or if someone is having a good time and relaxing you can say they are soft. Softly identifies calmness and gentleness, while delivering something fresh and brand new. We describe the song as an African love story and it's coming at the perfect time - just before Easter. We wanted to mix the original sounds of afro beat but infused with the new wave of the Alté sound. The producer on the track Pheelz has made hit records through Nigeria like Billionaire from Teni The Entertainer.”
Softly is available to purchase/stream HERE.