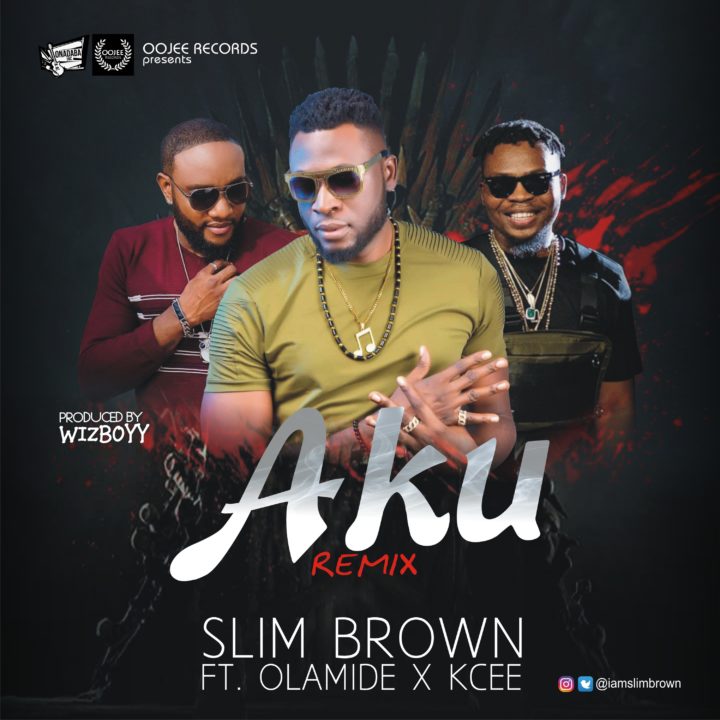 The AKU song which  is undoubtedly a big tune now on the streets and every gathering, gets a massive revamp with this remix featuring Olamide of YBNL and Kcee of five Star music.

Now you know what to expect, a whole new level to the beautiful song originally performed by Slim Brown featuring Zoro. AKU remix is produced by Wizboyy and released under the OOJEE Records imprint.

You can follow Slim Brown on all social media platforms @iamslimbrown.
Advertisements