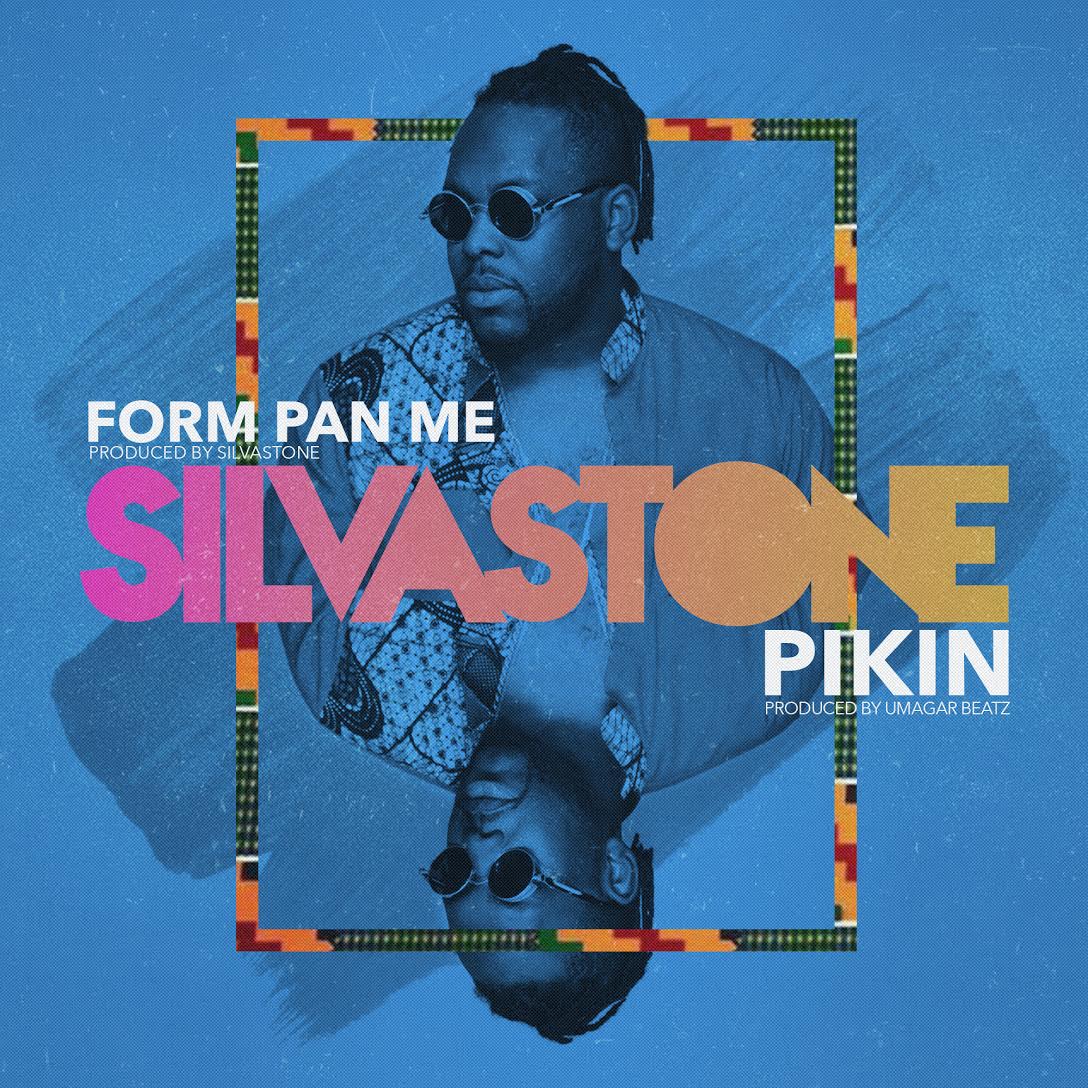 In “Form Pan Me” SILVASTONE amusingly narrates his dilemma of being in love with a begrudging lady who is not content with all the love he provides daily but instead seems more pre-occupied with the material things he should be providing. The song title is a popular Krio (Sierra Leone) phrase you would say to a nuisance who brings you heartache. Look out for the hilarious music video dropping this week too. Meanwhile on the chorus of “Pikin”– which translates to child, you hear SILVASTONE ask the mother of his love interest for her daughter’s hand in marriage. Despite the titles both songs are actually sang in English and require no further translation. They are also both clean for radio and have both been enjoying early specialist support by DJs on BBC Radio 1, 1Xtra, Capital Xtra, The Beat, Kiss FM, etc.

The self-produced “Form Pan Me” is set over a sweetly infectious mid-tempo melody that see’s SILVASTONE showcase his signature sound that fuses African beats and melodies over UK Sounds and Global Melodies. New upcoming Ghanaian beatsmith Umagar follows a similar formula on production duties for “Pikin”. Both joints are certified laid-back bangers and are a perfect set-up announcements of what to anticipate on the forthcoming ‘AFFIRMATION’ EP.

Born to Sierra Leone and Ghana parentage the South-London (Croydon) born-and-raised SILVASTONE broke through the Afrobeats scene early 2015 following the independent release of his debut EP, ‘TRANSITIONS’ – which lead to inclusion on  BBC Radio 1Xtra ‘Hot For 2015’ alumni plus a MOBO Awards ‘Best African Act’ nomination, etc. His 2017 follow-up LEVELS EP further raised his stock and by then cemented the multi-talented Artist/Producer/Songwriter/DJ and multi-instrumentalist amongst the exciting creatives pioneering the hybrid Afro sound that is currently enjoying a surge of high interest in the UK and worldwide. The hardworking talent has continued to perform his music internationally including major festivals including the last three consecutive years at SXSW (Austin, Texas), Glastonbury, A3C (Atlanta), Ghana Party In The Park, Liverpool International Music Festival, Shoko (Zimbabwe), plus regular bookings in Kenya, Uganda, Ghana, etc. He has also staged 3 successful headline shows in London and is co-founder and resident host of the very popular bi-monthly Afrobeats event, AfroBOX. SILVASTONE has also collaborated and toured with international brands and artists like Damian Marley, Davido, Sarkodie, French Montana, Sneakbo, Yemi Alade, Bugzy Malone, Fuse ODG, Rita Ora, Chaka Demus & Pliers, Emirates Air, Nike, Coca-Cola, etc. His work music is also regularly heard on numerous radio stations across the UK, Africa and worldwide and featured on numerous popular playlists on Spotify, Apple Music, Deezer, Tidal etc. In addition he has written and produced music featured in various major Hollywood blockbusters plus UK indie movies and African TV shows and has msuic featured in the new upcoming Netflix series, “Sabrina”. Naturally he remains subject to much Label/Publisher interest.

The upcoming AFFIRMATION EP is a celebration of his impressive accomplishments to date and is a celestial myriad of banging Afro beats, granduer basslines and infectious melody lines and saucy rhythms marinated with self-penned lyrics about love, aspirations and enjoyments. AFFIRMATION release date 14th September.

For more information check out www.SILVASTONEMUSIC.com and follow him on his socials