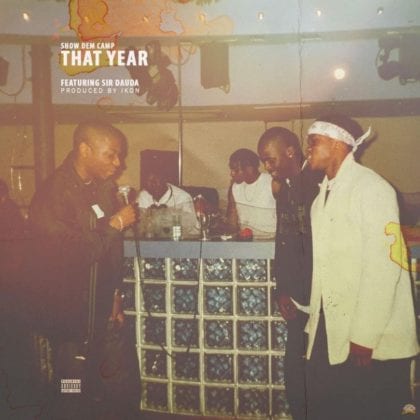 "That Year" is SDC's first official single for 2020, it comes shortly after they dished out the official music video of their buzzing record dubbed "Do Me Nice" featuring Spaceship entertainment latest signee, Buju.

Fans came around thinking there was money that year

No dough, but guys still dey fvck that year