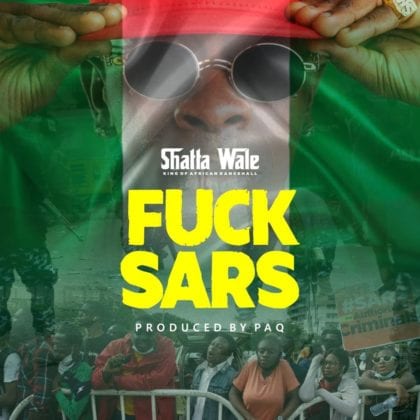 Produced by Paq, 'Fvck Sars' is a direct criticism of Nigeria's Special Anti-Robbery Squad. In recent days, Nigerians across the globe have come out en masse to protest the indiscriminate actions of the FSARS unit of the Nigerian Police Force, calling on the President to #EndSARS.

While the government has announced it has dissolved FSARS, people are sceptical, as this is seen as another empty gesture to appease the citizens. With this in mind, nationwide protests are expected to continue well into the new week. Also expect to hear more socio-conscious songs in relation to SARS in the coming days.