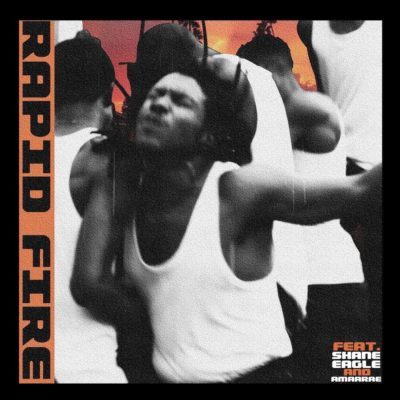 The South African Music Award-winning emcee Shane Eagle sets it off in real time with his absurdist charm and delicately delivered bars; “the weed in my lungs, and you know where I’m at/ straight from the slums, and I can’t go back/ no I won’t go back, no”. He flows swiftly, riding a canoodling loop and delayed snares that unfurl into something beyond magical once the drums kick in.

The Monster Boys’ chief conductor Santi takes the lead, serving us top shotta one-liners, toasting up the mic inna fashion that salutes the old skool that birthed his style. One can almost see him at a soundclash, leading the cipha, large and in charge, up-town rudeboy style.

Fellow alté scenester Amaarae elevates the vibe to beyond wavvy. Her voice purrs while she narrates youthful tales with an old soul’s flair. She manages to embrace the spirit of Sister Nancy, the attitude of Janet, and the relatability of latter-day nu RnB figurehead SZA. “And when I feel like flexin’, who’s gonna ride for me/ it can’t be no one else, just you Santi/.”

Produced by Genio “Rapid Fire” is what happens when independent-minded leaders of the nu wave mash up the dancefloor and reveal their multi-faceted sides.