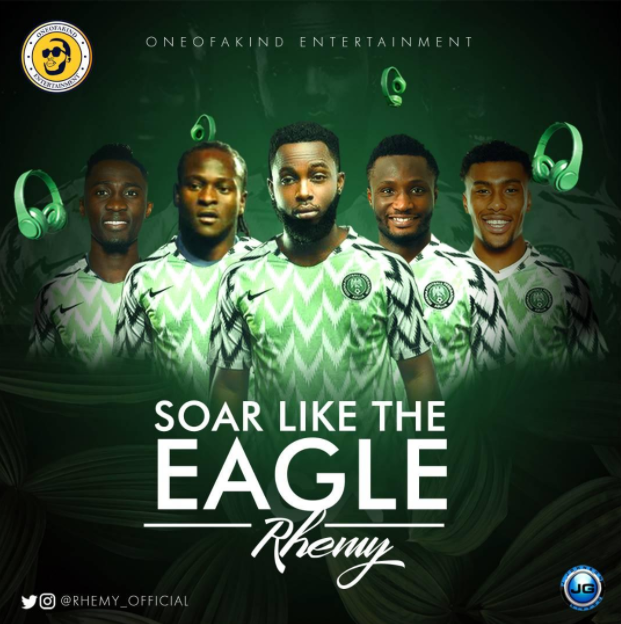 Following the success of his Debut single (SAY YES) which is still currently enjoying massive air play across the nation, ONEOFAKIND head honcho, Oluremi Arowojolu Popularly known as RHEMY drops the audio to a masterpiece titled ‘Soar Like The Eagle’. The Multi-talented singer teamed with ace and talented producers such as Jaysynths, Tee Jewel and SovidaBeatz to cook up what has been touted to be one of the best song (if not the best ever) to be released by a Nigerian Artist for the Super Eagles In a world Cup year. The song is laced with live instruments and rich African sounds and drums to bring out the unique African tune, already this Song has been said to be an Evergreen song by many. The Victory themed song is the perfect song to Usher the Super Eagles to Russia 2018 as well as to celebrate black excellence. Mixed and Mastered by Urbanxounds. Download and share below..